Situated on the edge of the oxbow King’s Pool lagoon, this elegant luxury camp is set on the large and wildlife rich Linyanti private reserve in northern Botswana. The area is pristine and remote and particularly known for its impressive elephant and predator numbers. King’s Pool Camp was treated to a major renovation in the first half of 2019 and offers both water and land activities.

King’s Pool Camp is named after Swedish King Carl Gustav XVI, who honeymooned in the Linyanti in the 1970s. The camp has always had a traditional and elegant style- while the level of luxury has increased with every refurbishment, the classic design has stayed. The camp was rebuilt in 2019/20 and is looking lovelier than ever.

The newly rebuilt Kings Pool camp is still thatched and this natural material allows the camp seamlessly to blend with the beauty of the surroundings. The décor takes inspiration from the patterns and restful colours of the Botswana craft of basket-weaving and the dining area’s walls are covered in striking screens with a basketry influenced black and white graphic. Teal blue and copper tones provide accents of colour and the rebuild has re-employed materials from the old camp, in wooden flooring and reclaimed doors.

The rooms are a blend of stretch canvas walls, set on raised wooden decking and have high pitched thatch roofs. Each has its own large veranda with sun loungers and a private plunge pool. Inside, the rooms have large four poster beds, en suite bathrooms with double basins, indoor and outdoor showers. A ‘mini gym’ of weights and yoga mat is provided.

The main area at King’s Pool Camp is a large open sided structure that flows out onto viewing decks with some areas where the roof extends down to ensure privacy, safety and comfort. The location brings frequent sighting of elephants crossing the Linyanti river, of which the King’s Pool lagoon is part. The communal areas are extremely well presented with the same earthy colour palette and leather and metal furnishings. There is an infinity pool, library and bar which benefit from the elevated views over the lagoon provided by the raised decks.

The food is acknowledged to be excellent and the dining room has a single long table at which all guests eat together although, because this is a Wilderness premier camp, guests can choose to dine in their individual groups should they wish. Meals are also served al fresco in the open-air ‘kgotla’ for evening dining under the night sky.

The Linyanti river is the border between Namibia and Botswana and is at the centre of the important wildlife corridor straddling Angola, Namibia, Zambia and Botswana. The area borders the Chobe National Park and has similarities to the Chobe riverfront; seasonal floodplains and riverine forest surround the Linyanti river and a large area of mostly mopane woodlands spreads beyond.

The game experience in the Linyanti Reserve is fantastic, particularly during the dry season, from June to October. This is a mainly land focussed camp although barge trips are available on the Queen Silvia double storey craft when water levels permit, mainly April to August. Buffalo herds can number into the thousands and at its peak the Linyanti Reserve offers the best plains game viewing in existence. The savannah, mopane woodlands and swamps of the Linyanti attract magnificent wildlife and there is a good chance of seeing lion and even cheetah. It’s a great place to see leopard. The area has the world’s largest mega-herd of elephant. There are no resident packs of wild dog, but they are known to use the area for hunting so you might be lucky enough to spot them.

King’s Pool Camp is situated in an IBA or Important Bird and Biodiversity Area. Bird life is excellent and varied, encompassing ‘Okavango special’ wetlands birds whose populations in the Delta are globally important, such as the saddle-billed stork and slaty egret. You might encounter the secretary bird, a rare grassland raptor whose home is the grassland fringes of the Delta and you will also come across the different species of the mopane woodlands. This is also one of the best places to see the spectacular Southern Carmine Bee-Eaters who nest in the area, unusually on the sandy ground, between September and October. An incredible sight for anyone to witness, not just keen birders!

The underground hide enables guests to watch game come to drink at an eye-view level; seeing an elephant’s trunk and legs within touching distance is an experience of a lifetime and this chance to get up close is particularly exciting from a photography perspective. The hide game viewing is particularly good during the dry season when animals rely on the water there. Helicopter rides are offered in partnership with Helicopter Horizons at an extra cost. Massages are available from the comfort of your tent.

King’s Pool Camp is fully solar powered. It is reached via a 45 minute transfer by game drive vehicle from the airstrip. 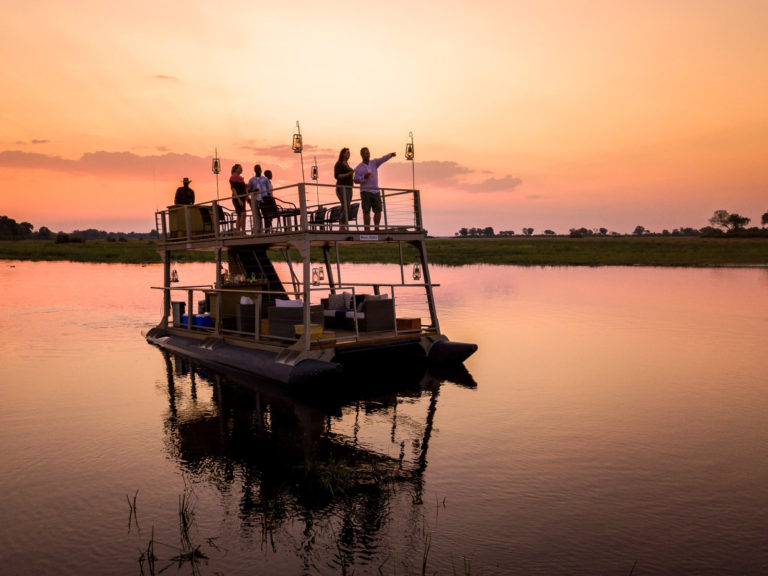 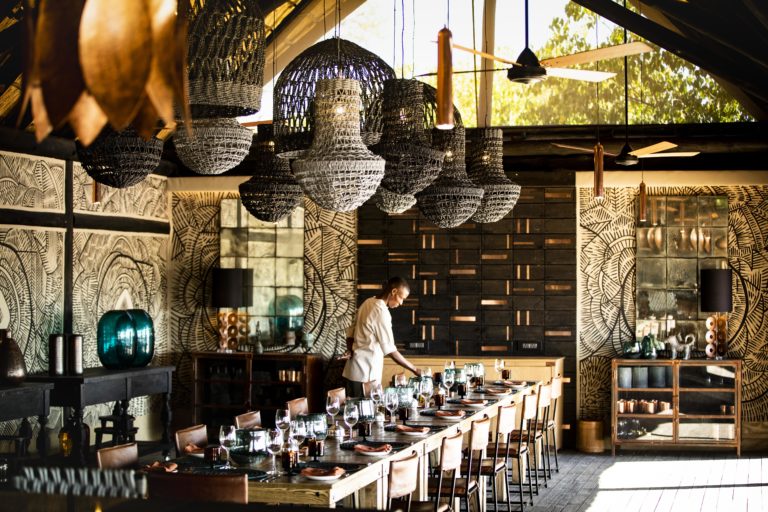 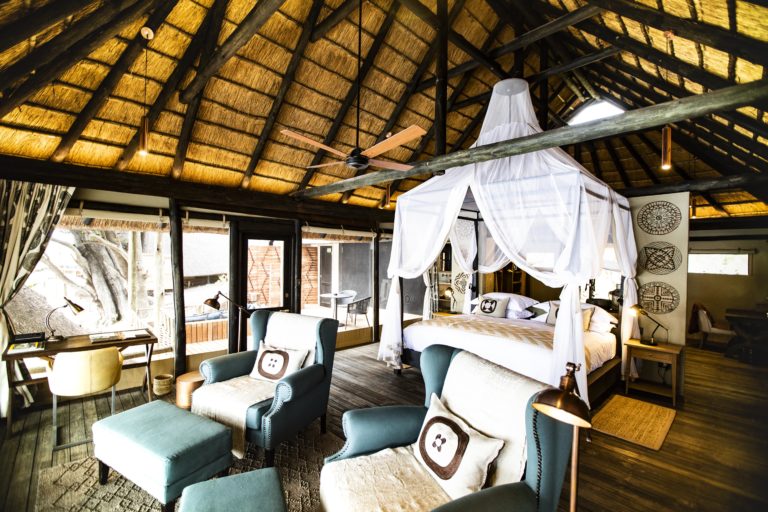 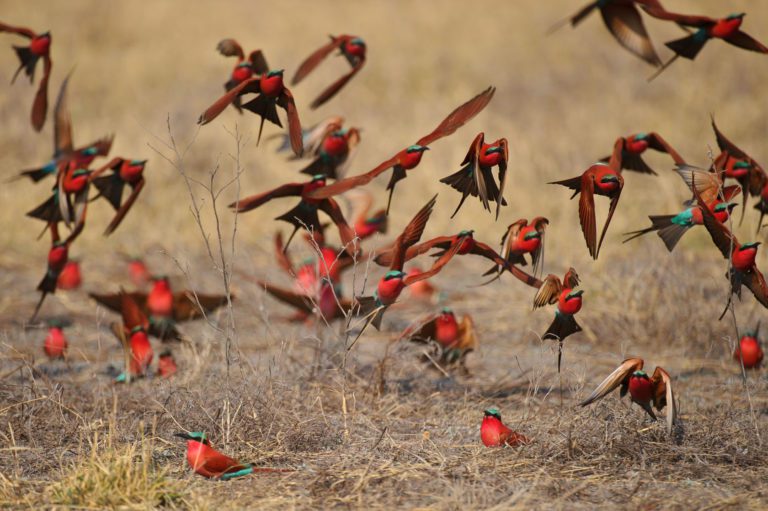 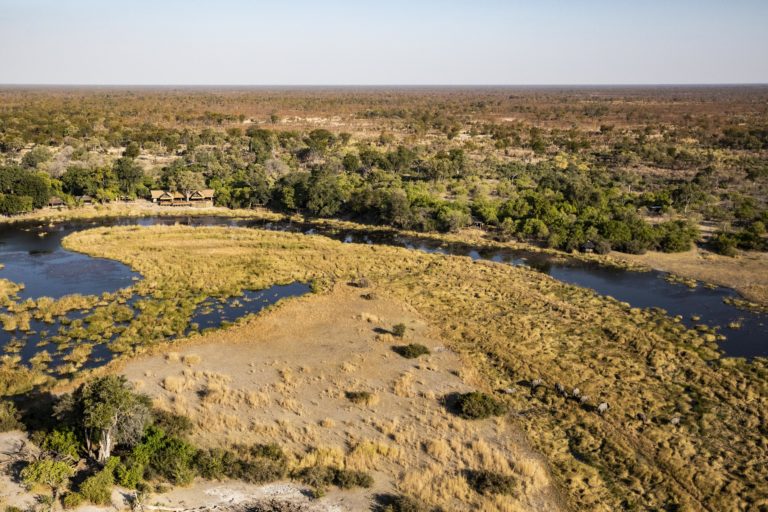 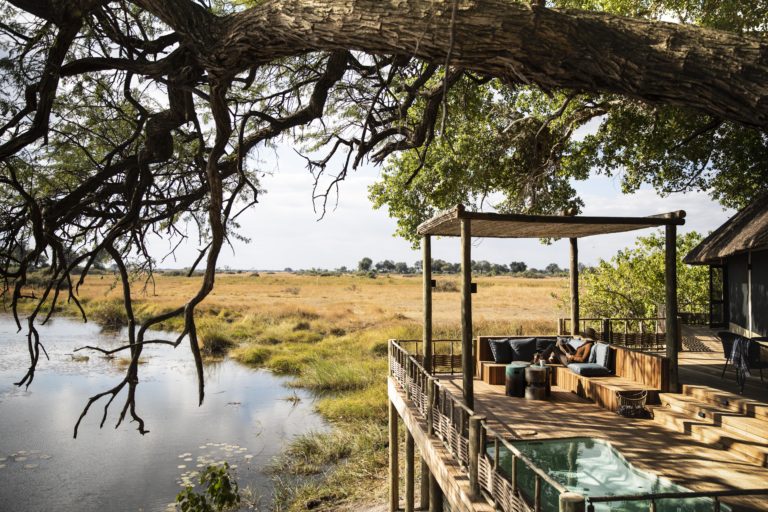 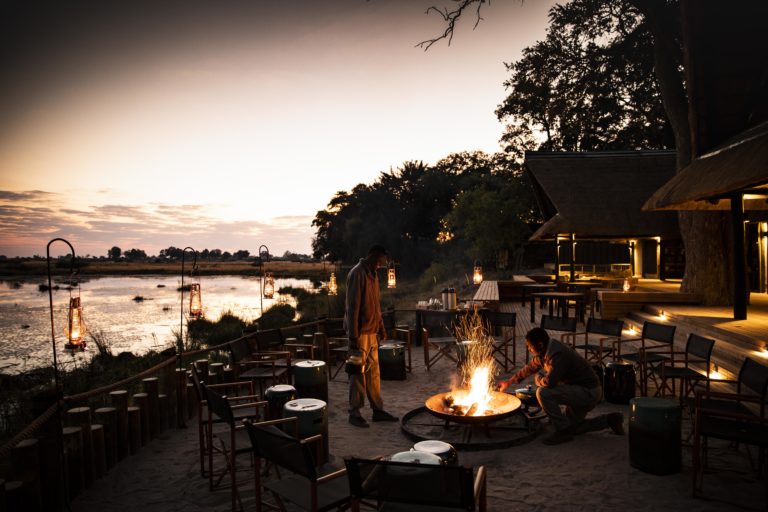 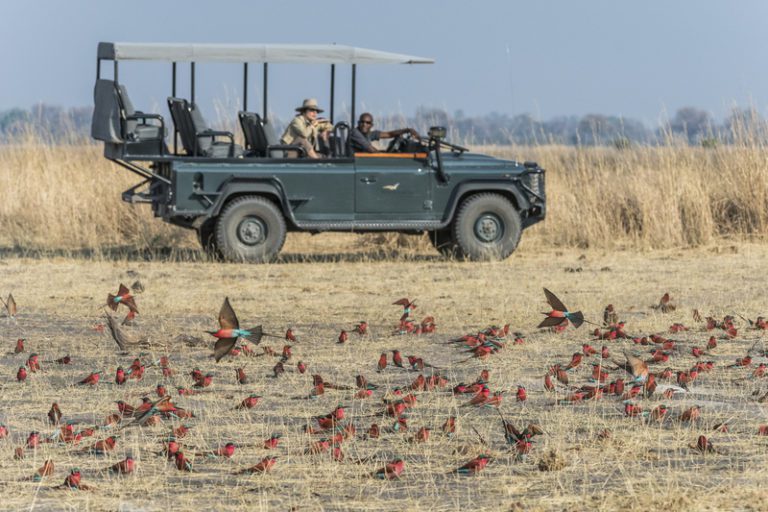 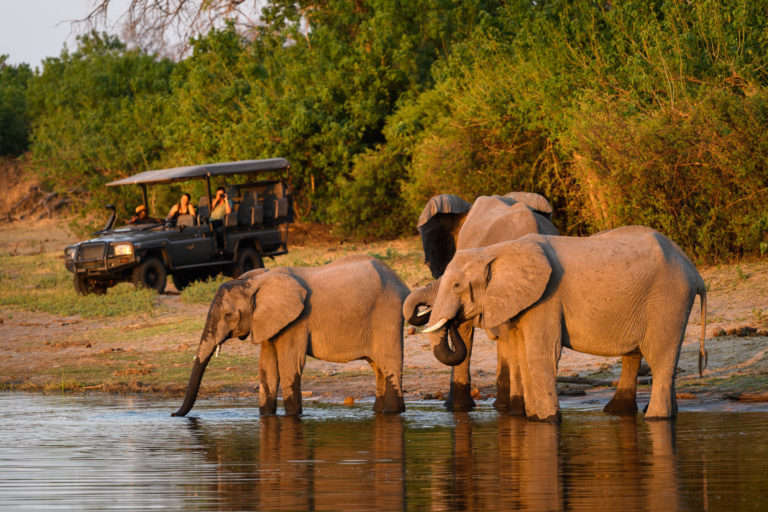 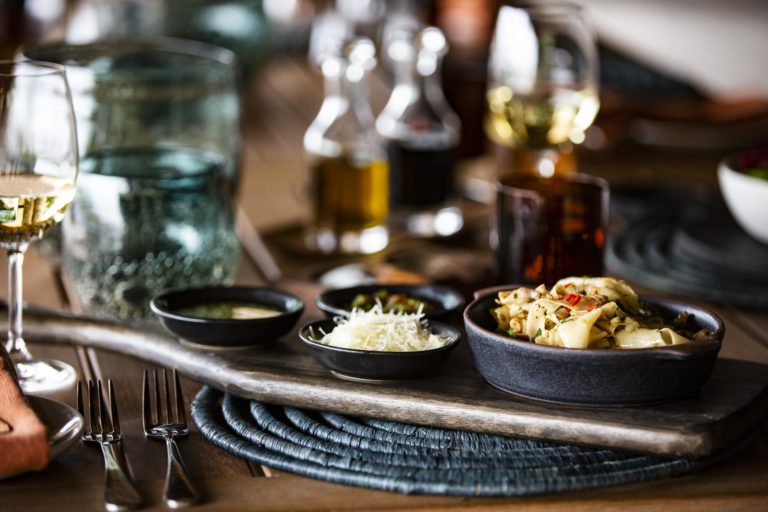 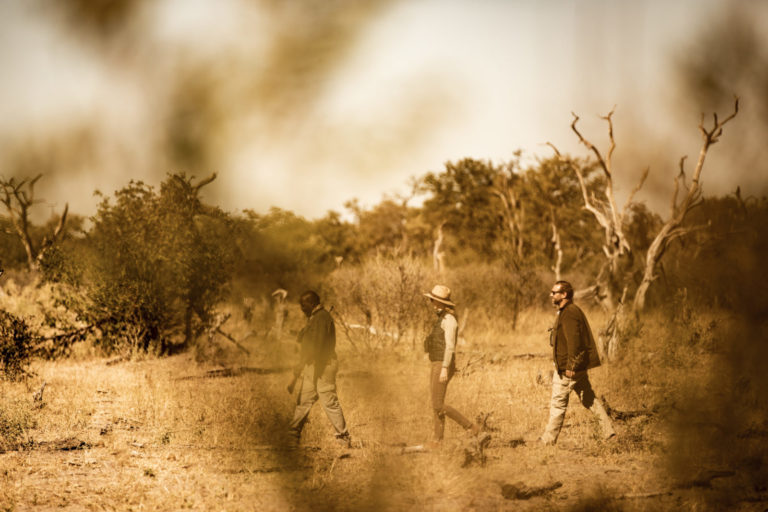 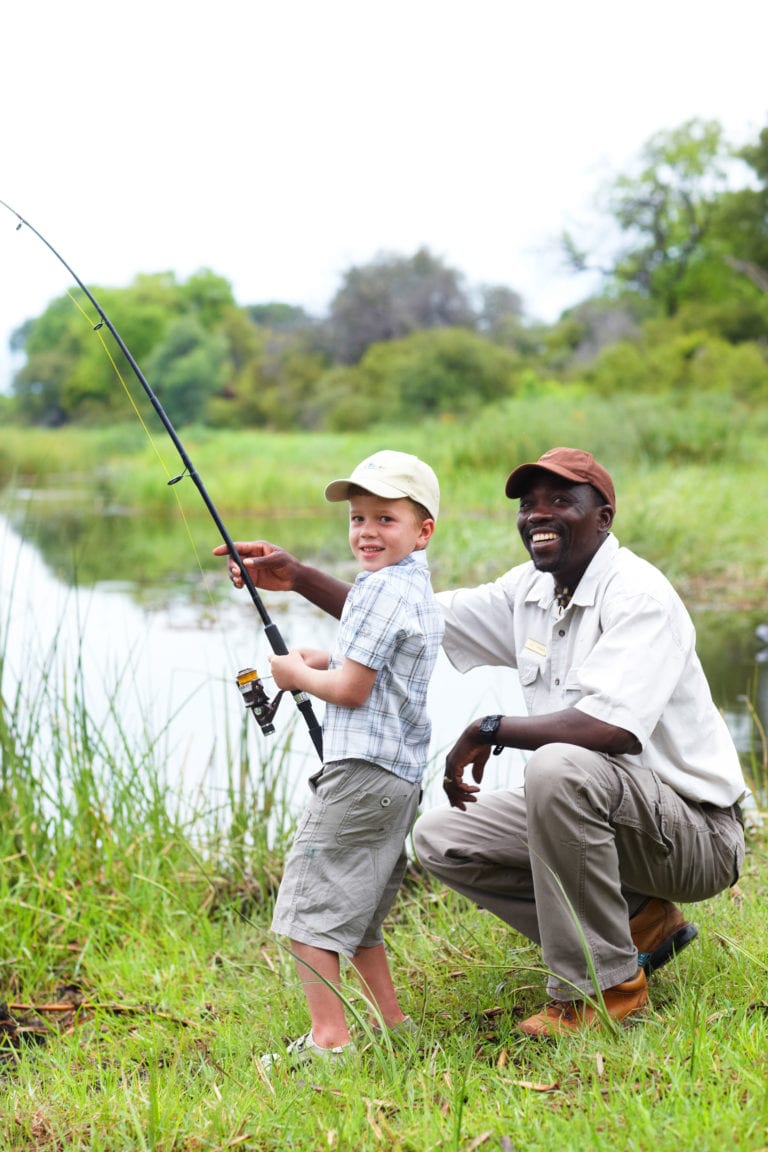 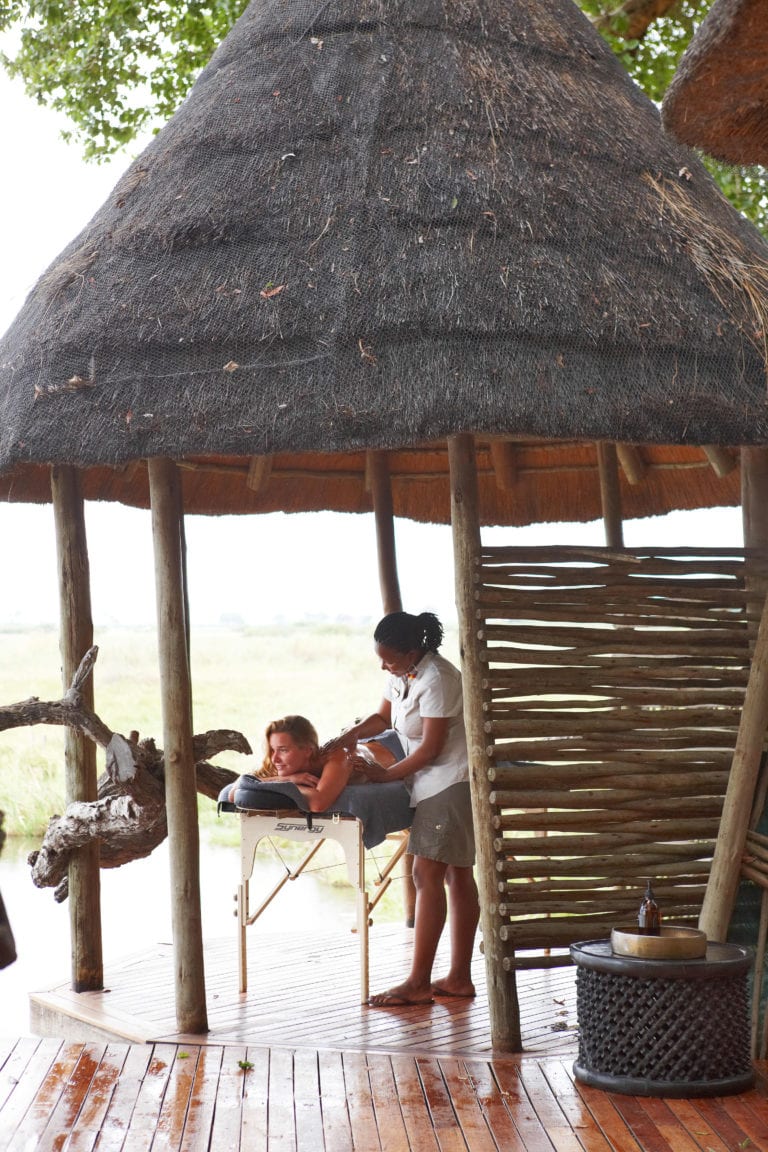 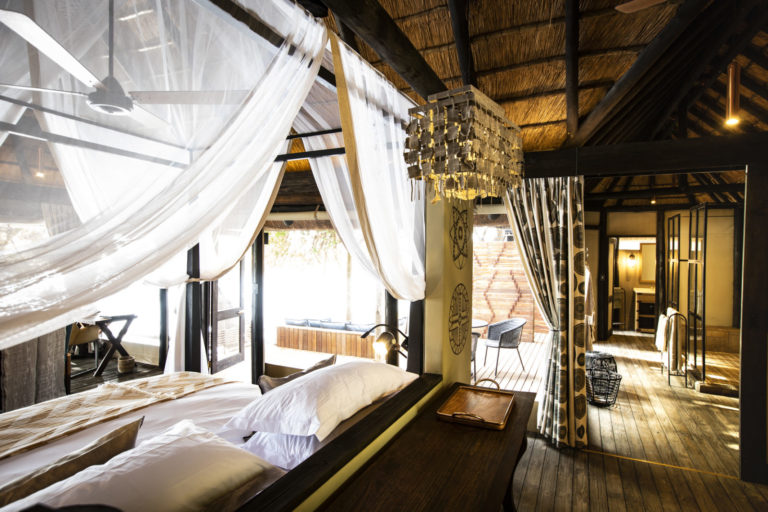 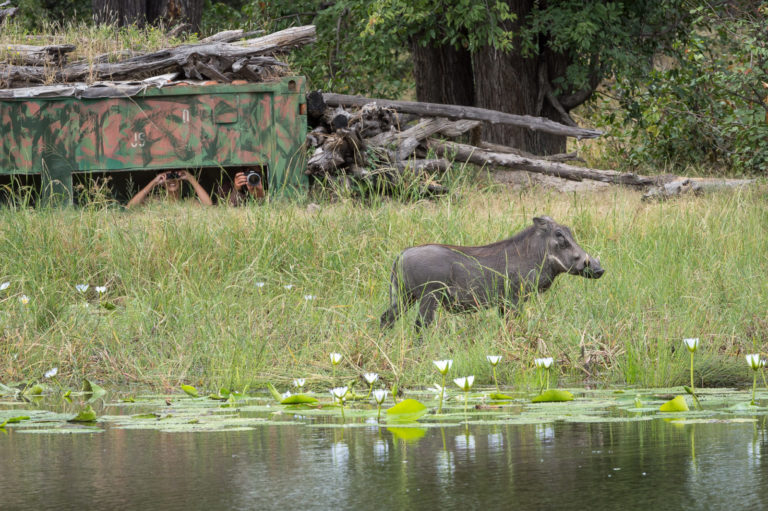 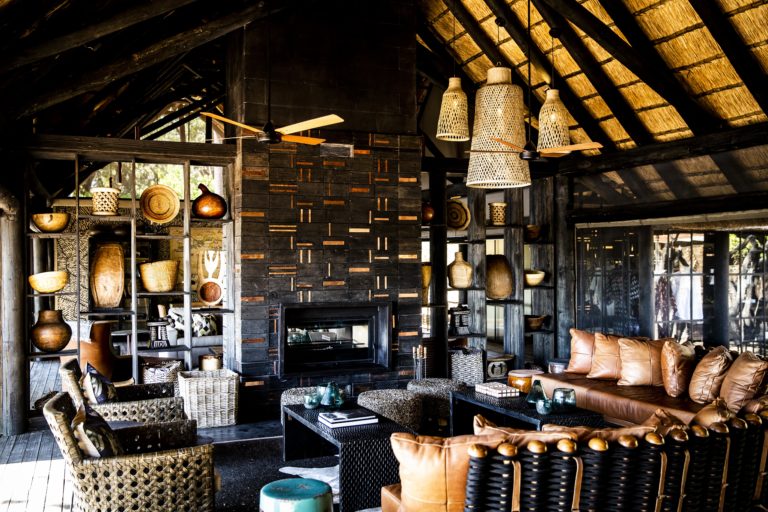 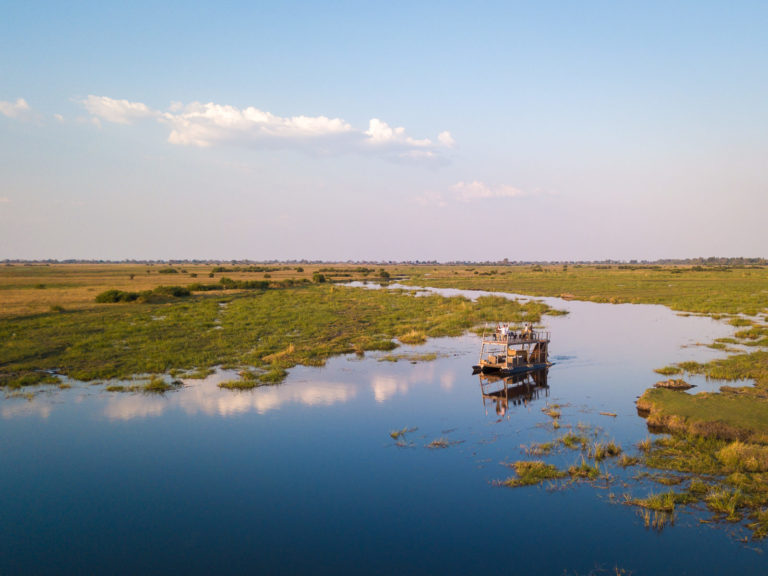 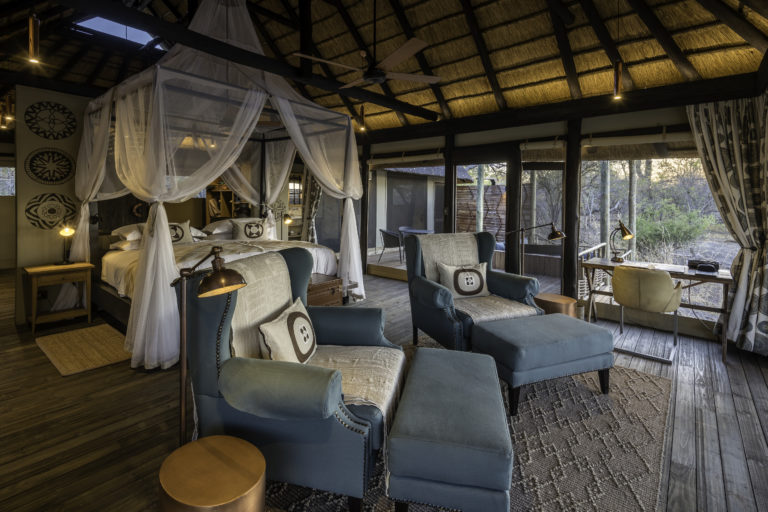 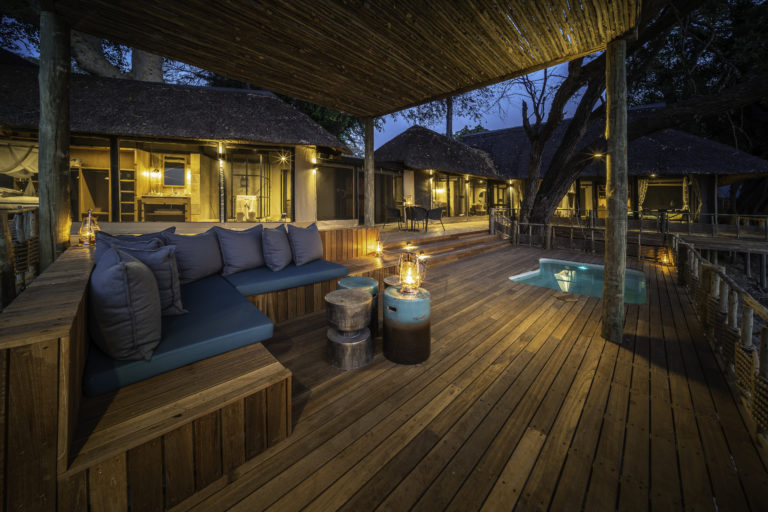 Kings Pool Camp On The Map

Vumbura Plains Camp is premier Okavango camp with a stylish contemporary design. The 14 luxurious stilted rooms are divided into two camps and connected by wooden walkways. Panoramic views of the floodplains from the expansive lounge area are breath-taking. An exciting array of wildlife sightings emphasises the variety and density of the animal species here. High levels of service, delicious meals and deluxe surroundings provide guests with safari experiences guaranteed to leave lasting memories

The iconic Abu Camp is synonymous with the African elephant and one of Botswana's most luxurious camps. Abu Camp lies on a private concession in one of the most beautiful corners of the Okavango, with quintessential delta backdrops and good game viewing. With just six luxury suites, each with a private pool, this is an intimate camp.

Mombo is a flagship Botswana camp, one of the finest in Africa, offering superb game viewing and an extremely luxurious safari. With a prime location on Chief’s Island and some of the highest concentrations of wildlife in the Okavango, Mombo is top of the wish list for many. Rebuilt in 2018, Mombo reopened as an even more luxurious camp though maintaining the essence of the original Mombo which so many have come to love.

Set within the Mosi-oa-Tunya National Park, Toka Leya Camp is one of the best safari style accommodation options in the area, a stylish sanctuary away from the hustle and bustle of the falls, with an excellent range of safari and adventure activities. Upstream from Victoria Falls on the banks of the Zambezi River lies Toka Leya – a luxurious safari camp named in tribute to the indigenous inhabitants that once lived here.