Little Machaba Camp is the charming smaller sister camp to Machaba Camp, set in a scenic spot overlooking the Khwai River in the game lively Khwai concession in the east of the Okavango. This is a classic tented camp in the style of the traditional 1950’s safari, simple but sophisticated and extremely comfortable. A wonderful base from which to enjoy the excellent game viewing in the Khwai area.

Little Machaba is an intimate camp, with just 4 tents, 2 of which are family tents, though importantly no children under 12 are accepted unless booking the camp exclusively. All tents are build on wooden decks and are connected by raised wooden walkways. The tented rooms are spacious, extremely comfortable and thoughtfully designed. The rooms and main areas are decorated to a high standard with an understated style, the natural colours of the décor give the camp a strong sense of place within the African bushveld.

While small this little camp still offers plenty of extra facilities – including a swimming pool , library and on-site therapist.

Activities focus on Morning, afternoon and evening drives while walking and mokoro rides are also offered, water levels permitting. For those interested in a experiencing some of the local culture a visit to the Khwai village can also be arranged.

Independently owned, the management at the Machaba camps has always been very hands on and the service extremely personal and attentive as a result. This is a lovely little camp, especially well-suited to larger families or groups who may wish to take this exclusively.

The concession borders the renowned Moremi Game Reserve which lies to the south and therefore benefits from the excellent game of the reserve, which is unfenced and therefore can travel freely into the Khwai concession. The wildlife really is excellent and you have a good chance of seeing leopard and the wild dog populations here. There have been reports of fewer lion sightings in recent years. Of course, because the Khwai is a private concession, safaris here can encompass activities which would not be possible in the Moremi Game Reserve, such as night drives, walking and the ability for guides to drive vehicles off road in order to get a better look at the game.

The water levels in the Okavango Delta (and indeed the presence of water at all in the more peripheral Delta areas) depend on floods each year from Angola. However, the Khwai River is not dependent on these floods. Obviously, the river levels do rise or fall, but this is governed by local rainfall rather than the Delta levels. Khwai is a good option for the ‘shoulder’ season therefore because the game is good throughout the year whereas the water situation in the Delta ‘proper’ can mean that the game concentrations vary with the huge variation in water according to the flood levels. 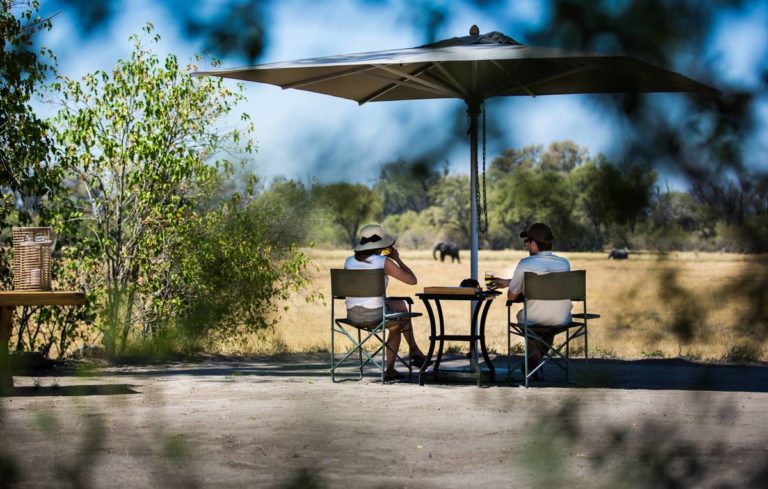 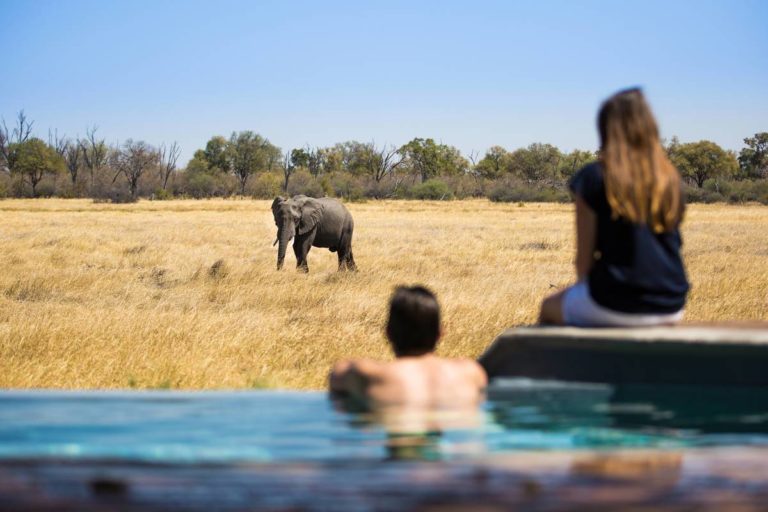 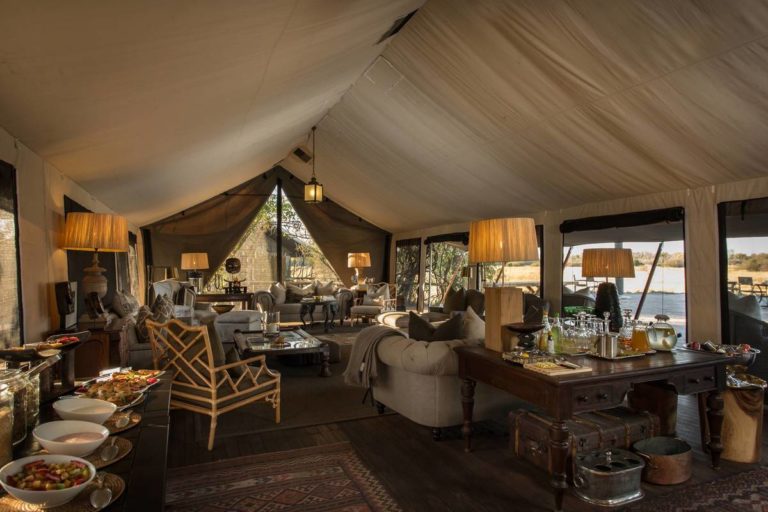 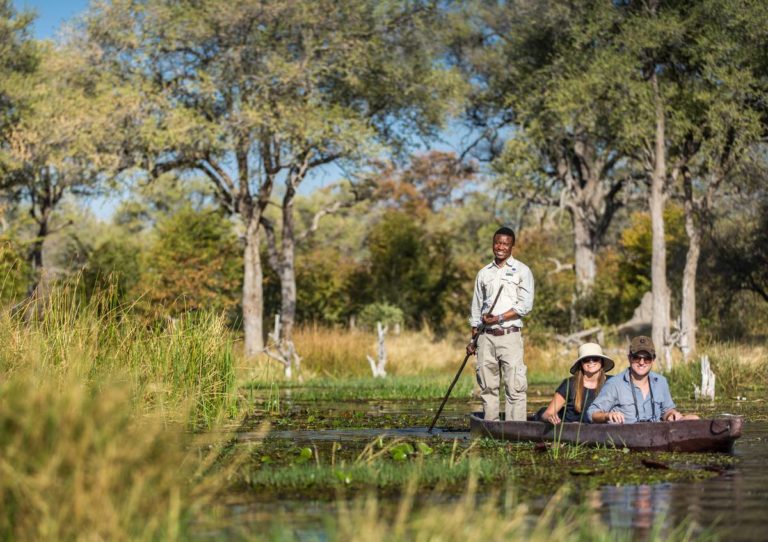 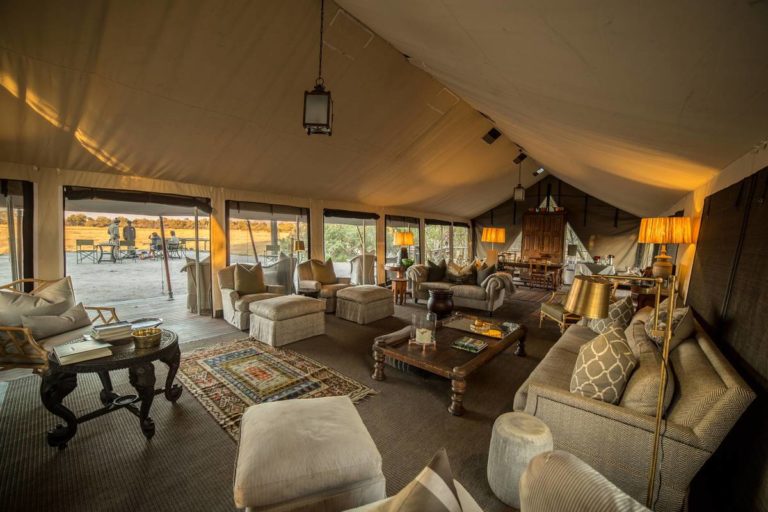 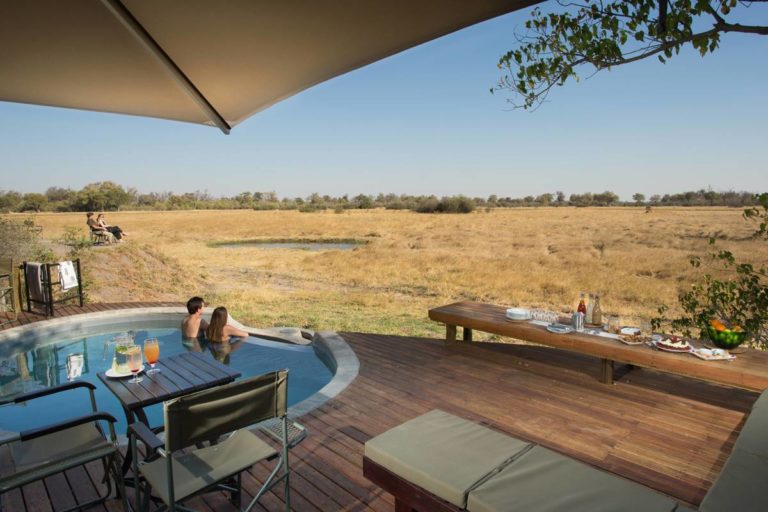 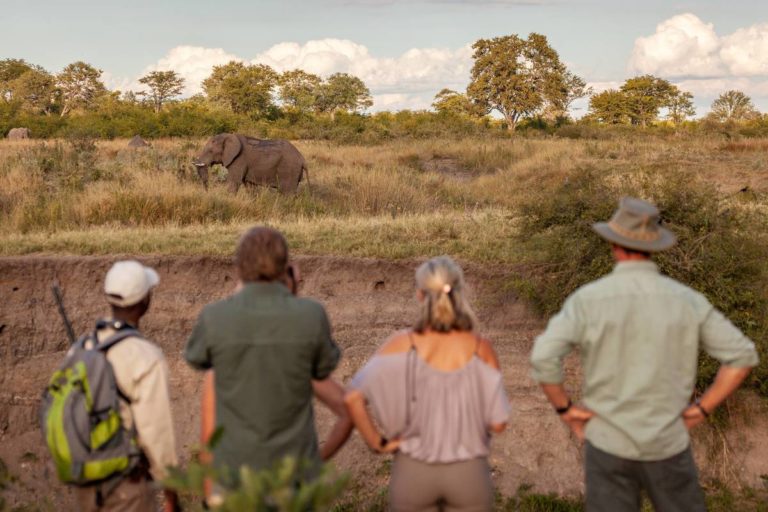 Little Machaba Camp On The Map

Gomoti Plains Camp is a classic tented camp with a modern elegant style overlooking the Gomoti river system in a particularly scenic and game rich area of the Okavango Delta. Ten spacious and thoughtfully designed tents offer a fantastic base to explore this exciting area. This area consists of a variety of habitats, from woodland to open grasslands and wetlands attracting an interesting array of wildlife and good concentrations of animals year round. An excellent classic camp.

Ngoma Safari Lodge is set within the peaceful Chobe Forest Reserve, just 3km from Chobe National Park – with its infinite views over Chobe’s seasonal floodplains. A sanctuary away from the Kasane crowds, this small luxury lodge bears witness to the prolific game found along Chobe’s riverfront from its rocky height along the escarpment. Ngoma Safari Lodge offers a range of activities including game drives within Chobe National Park, boat cruises and night drives within the Forest Reserve.