Little Sable is a gem of a camp with sweeping views over the open grasslands of the game rich Khwai Private Reserve. Little Sable is a smaller and simpler camp than its big sister, Sable Alley, with the same good safari experience at a more affordable rate. It is a charming little camp with plenty of character and comfort, and a more down to earth style. The camp is simple but the game viewing luxurious, being so exclusive in this vast reserve.

Little Sable was refurbished and rebranded in July 2021, previously it was known as Jackal and Hide Camp (and before than Pangolin Khwai Camp). The camp keeps its charming and intimate atmosphere, with comfort levels and soft furnishings more in line with its big sister camp, Sable Alley.

Little Sable camp sits in the Khwai Concession within a 200,000 hectare private wildlife reserve bordering the Moremi Game Reserve and Chobe National Park, with animals roaming freely. This vast reserve is shared by only a handful of camps all owned by the same operator, Natural Selection, so sightings are carefully managed and the safari experience remains exclusive. Wildlife is varied and interesting and common species include elephant, buffalo, general plains game as well as lion and leopard and even wild dog. Giraffe and antelope are abundant and varied- from kudu to sable to zebra and wildebeest reflecting the varied landscapes. The Khwai riverfront is the star of the show on this concession – a magnet to wildlife and beautiful stretch of river to explore by 4×4 or mokoro.

Activities at Little Sable camp will depend on the seasons. Game drives (morning, afternoon and evening) will run throughout the year while mokoro rides and boating will depend on water levels and traditionally run from May-October. Every month will deliver a different safari experience and being such a beautiful area with good concentrations of game makes this a popular year round destination.

Little Sable has eight tents each set on private raised decks with lovely views over the plains. Each has a private veranda with a table and chairs while inside features double or twin beds, a writing desk and en-suite bathroom with a flush loo, twin basins and a shower. An outside shower as added during the latest rebuild in July 2021.  The décor is fresh and light and well suited to the environment.

In the central area of Little Sable camp the eye is immediately drawn to the sunken lounge and firepit which draws guests for morning coffee and after dinner drinks alike. A large thatch main area features a dinning area, bar and lounge – meals are taken together family style. Little Sable camp has a refreshing down to earth atmosphere, just as a proper bush camp should.

Little Sable is set further in from the riverfront but in a particularly lovely setting – overlooking rich grasslands which teem with plains game. Exploring the Khwai Private Reserve really offers a chance to experience the amazing diversity of the Okavango – the lush wetlands are home to an abundance of birdlife, the more aquatic antelope, hippos and elephant. The riverine forest attracts the more elusive species such as the shy kudu, the noble sable and leopard. The open plains teem with game such as zebra, wildebeest, tsessebe, impala, giraffe and more. Predators roam throughout, including lion and wild dog which are frequently seen here, as well as hyena.

A night at Skybeds while staying at Little Sable is highly recommended. Skybeds lies within the same reserve, a few hours from the camp, and offers a fantastic one night experience sleeping under the stars. Sky beds is open from April-October and must be pre-booked. A visit to Skybeds includes a trip to the excellent sunken photographic hide overlooking a popular waterhole- all in all a great experience.

The Khwai conservancy is operated in partnership with local families. 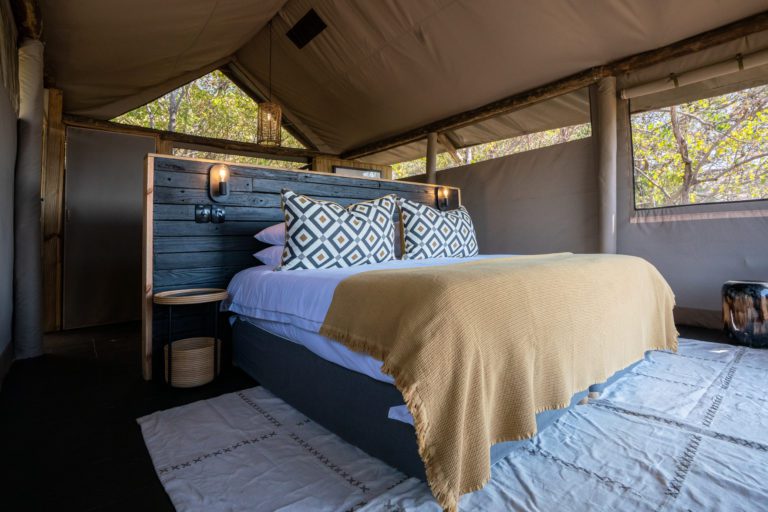 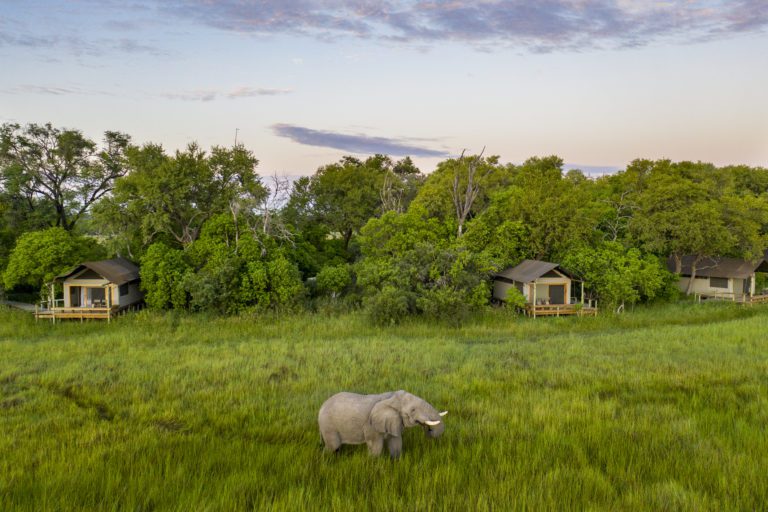 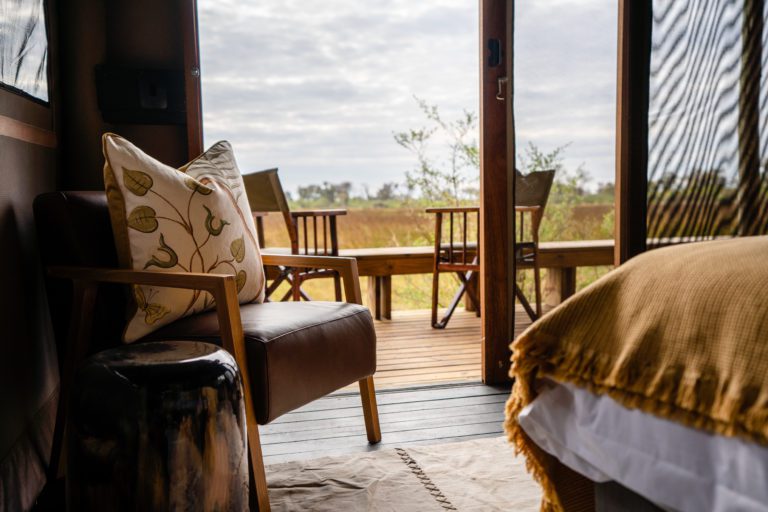 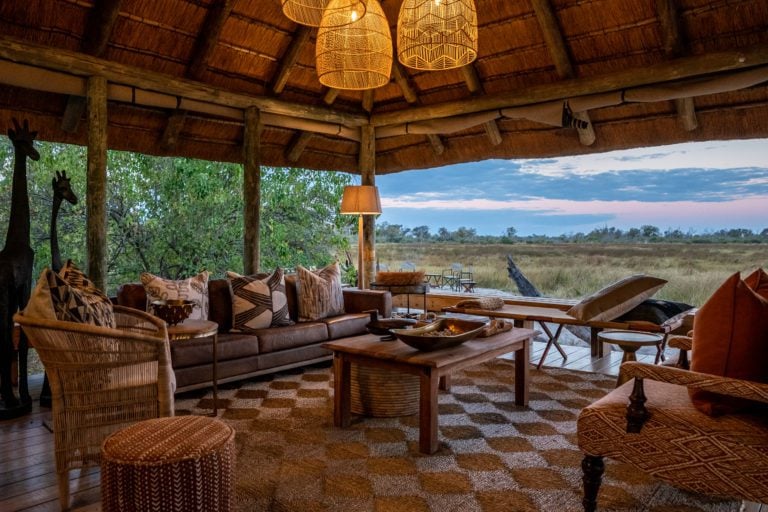 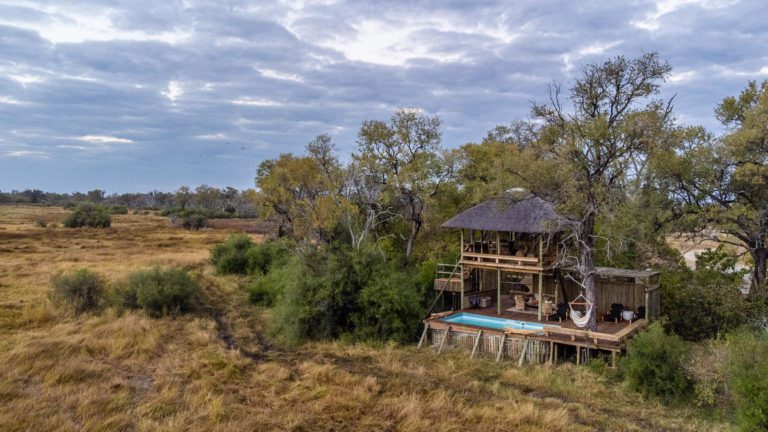 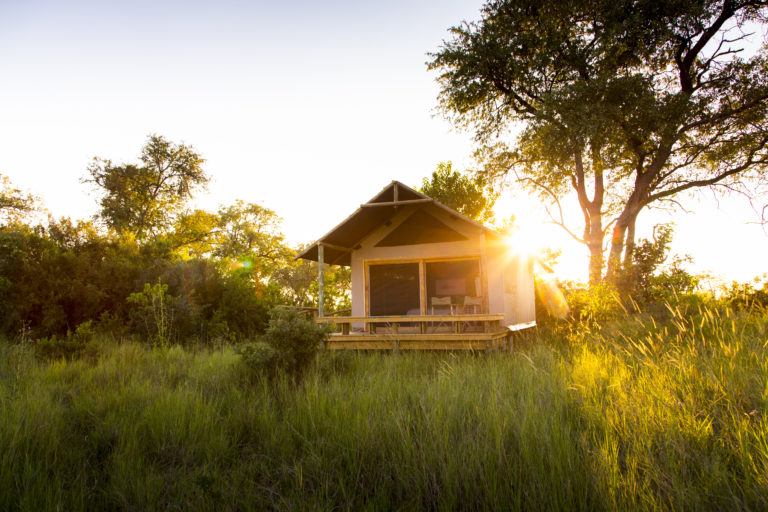 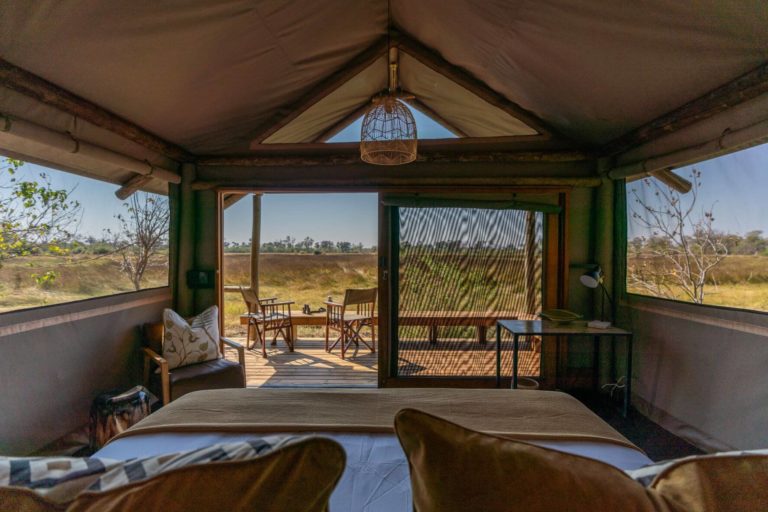 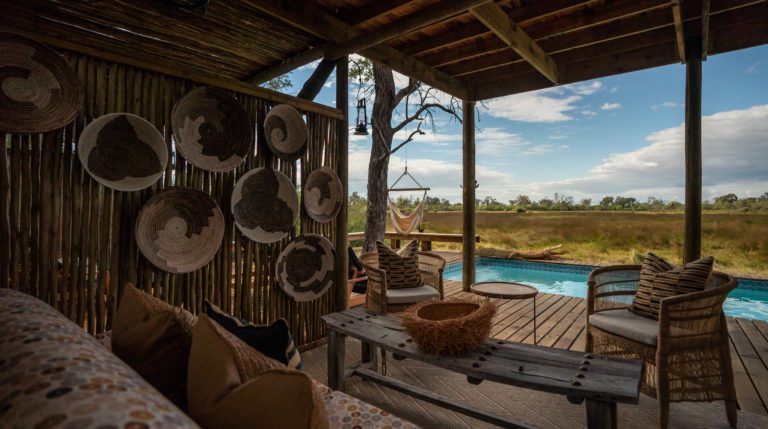 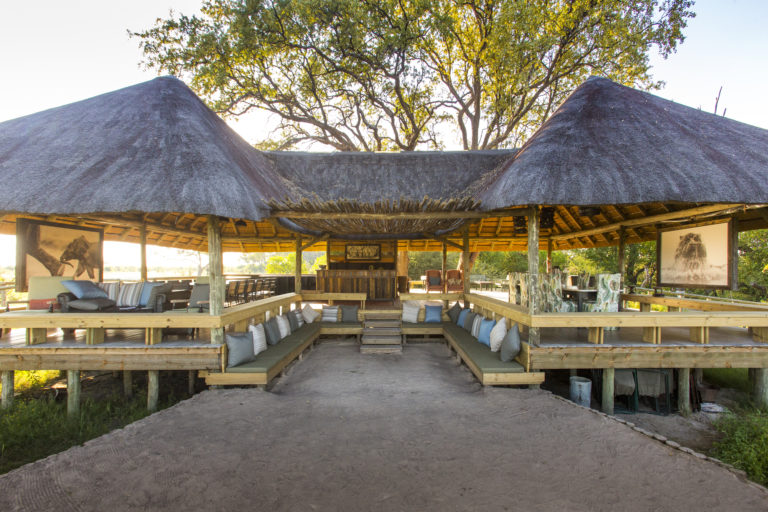 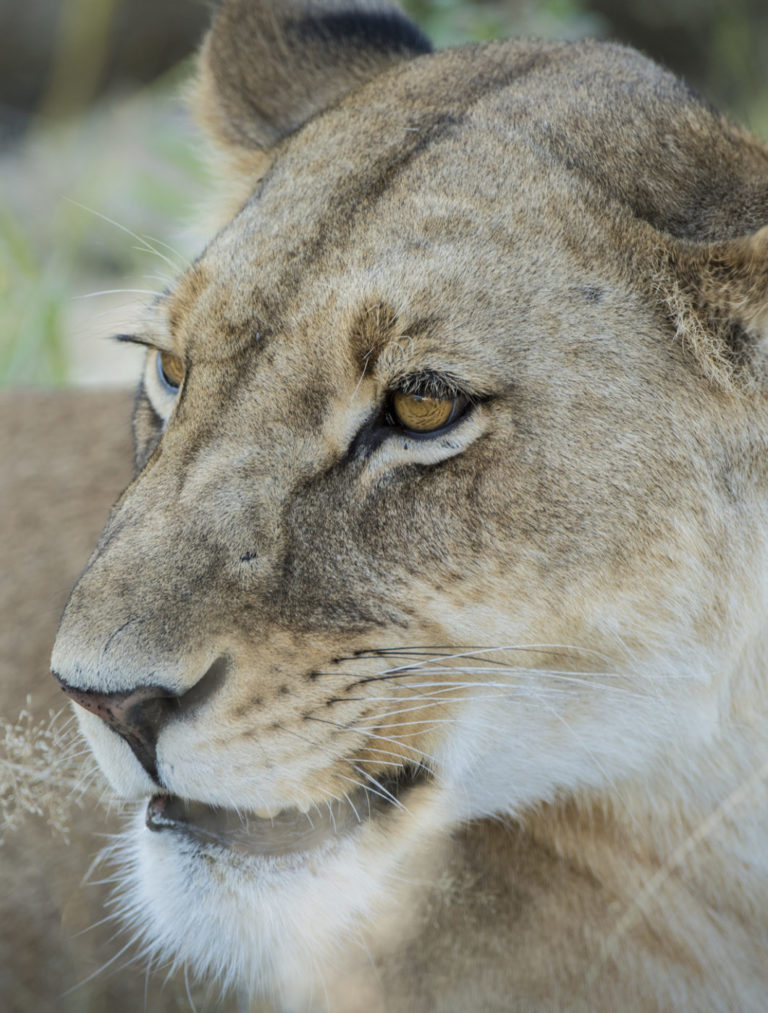 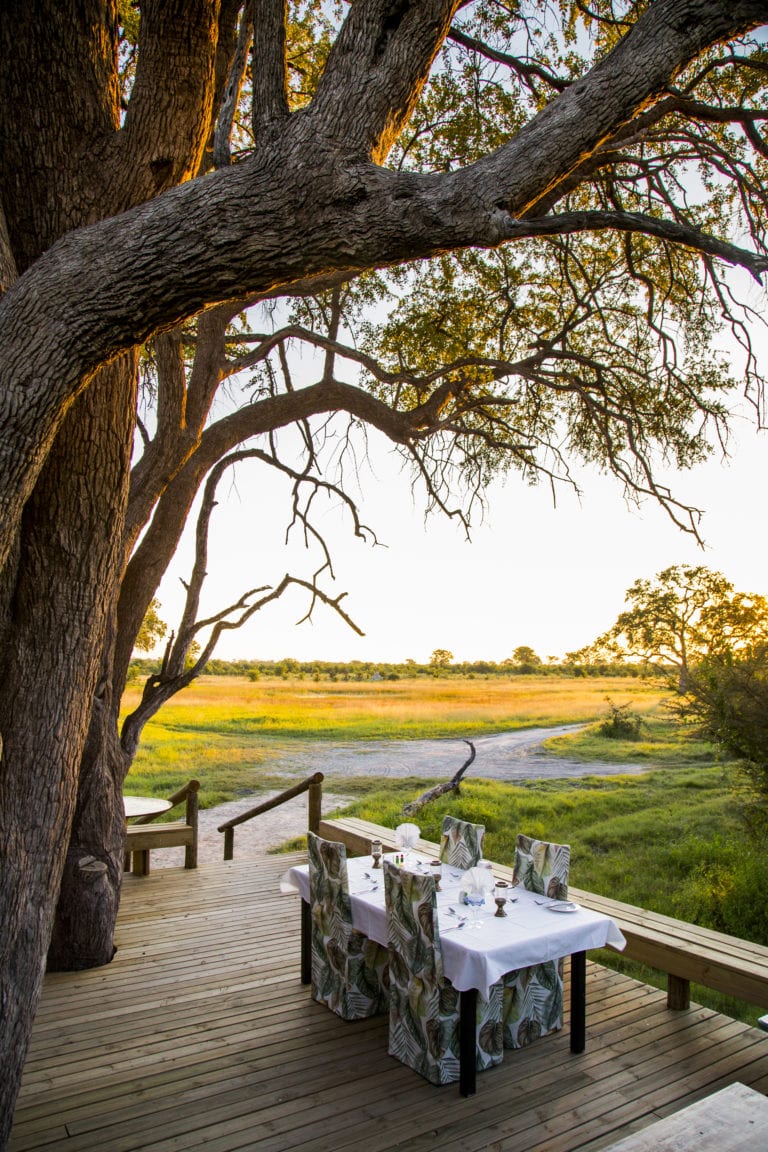 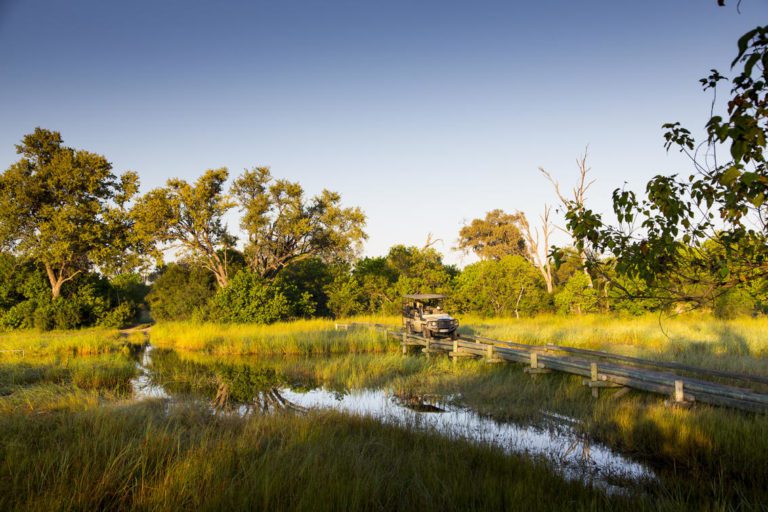 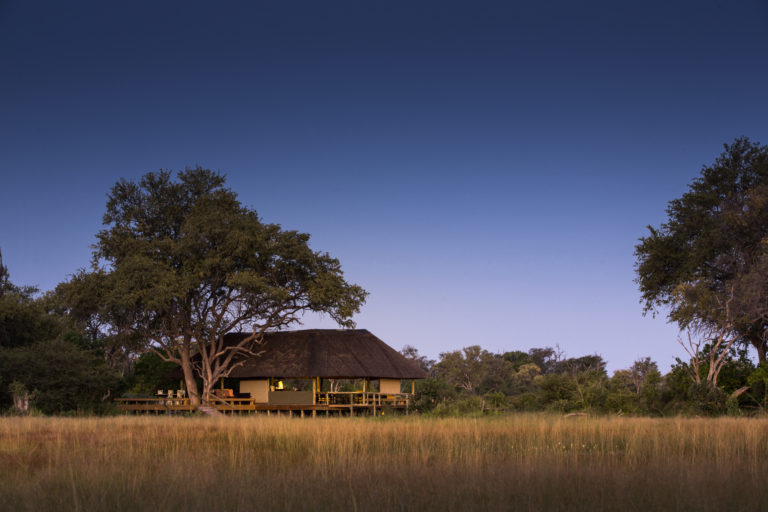 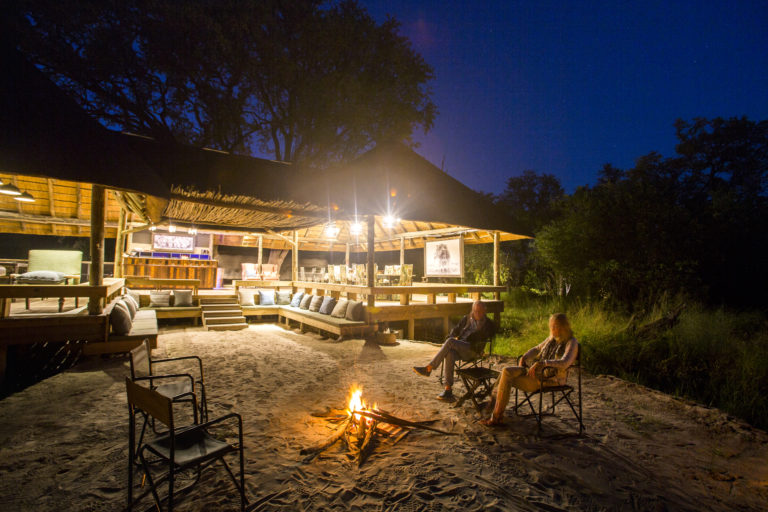 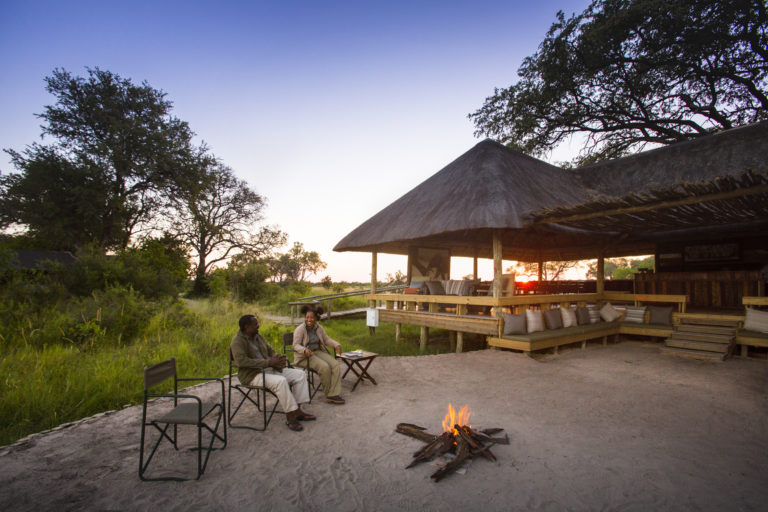 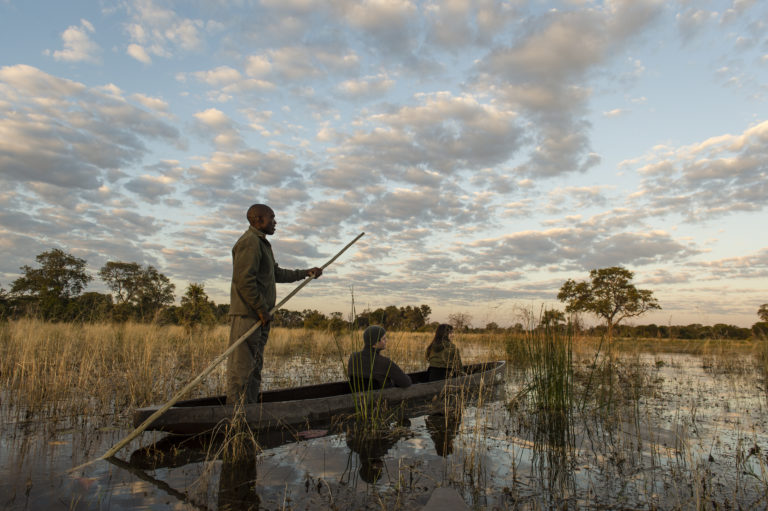 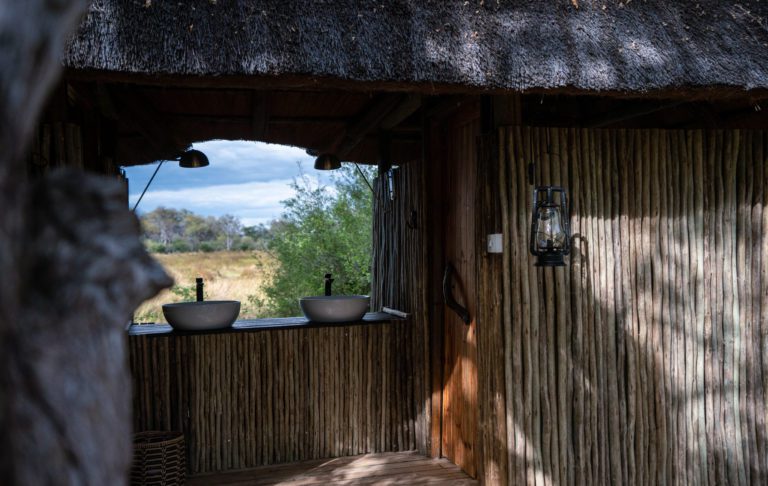 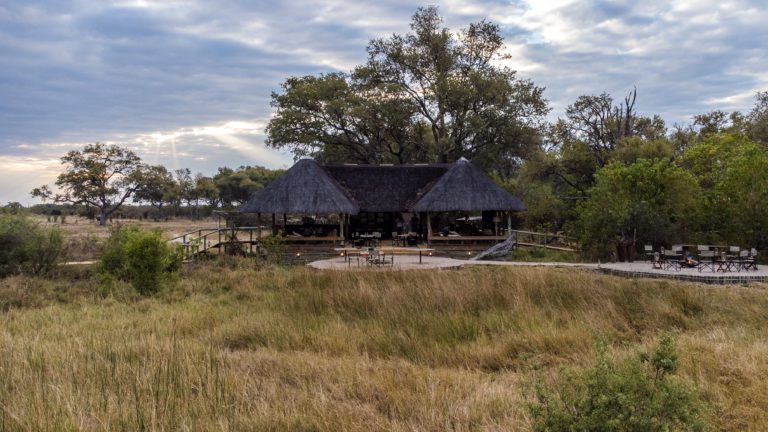 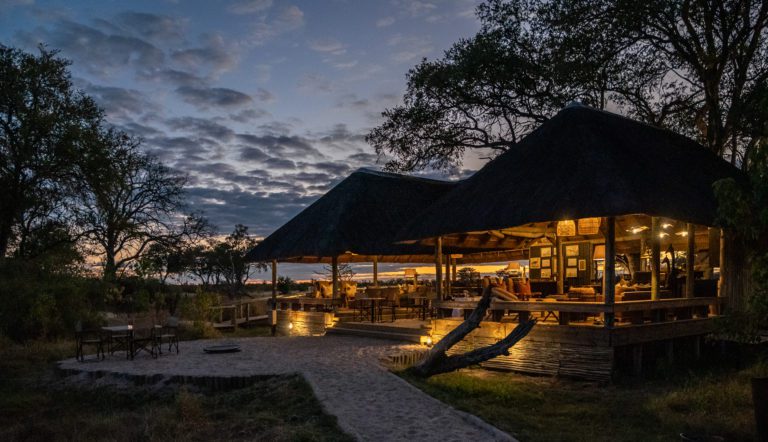 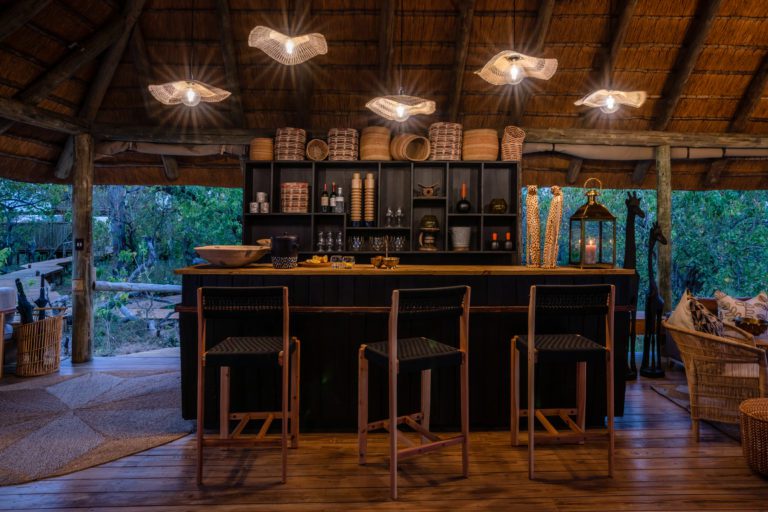 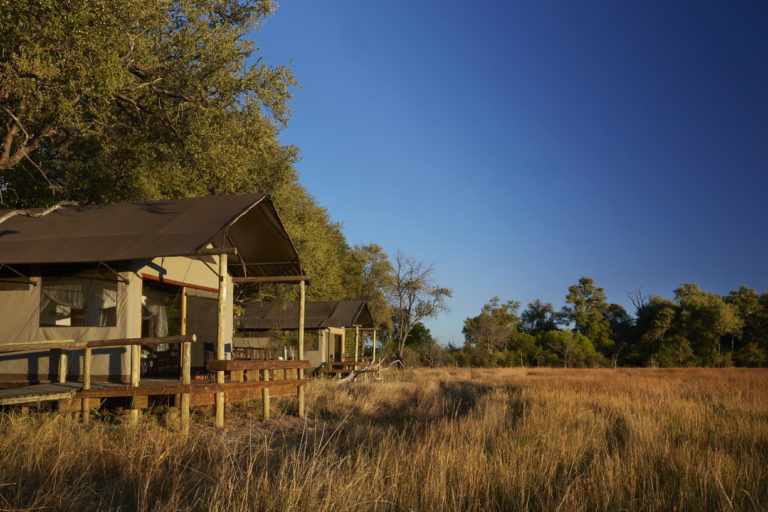 Little Sable On The Map

Deep in the Khwai Private Reserve, Khwai Skybeds offers a thrilling and fun way of experiencing the African bush for a night under the stars. Three thoughtfully designed skybeds offer plenty of comfort, including a private bathroom below deck. Skybeds overlooks a busy waterhole which attracts wildlife from miles around. Memories of listening to the elephants drinking at night as you gaze at the stars from your bed will stay with you long after you leave.

Learn More
From $7700 per person
The Panhandle & Tsdodilo Hills

Explore the upper reaches of the Okavango panhandle in your own private houseboat- ideal for friends and families looking for a unique and peaceful Okavango experience. The Okavango Spirit is a smart, newly refurbished houseboat with seven en-suite cabins and spacious decks offering wonderful views of the Okavango. Booked as part of a 2 or 3 night itinerary – guests can explore the waterways and islands of the Delta, fish, visit Tsodilo Hills and do game drives across the border in Namibia.