Sable Alley Camp overlooks a pretty lagoon on the game lively Khwai Private Reserve, in the east of the Okavango. This is a smart ,sophisticated tented camp, stylish yet always with a lovely sense of presence. Thoughtful service, great food and top guiding combined with good and varied concentrations of wildlife deliver a fantastic all - round safari experience. Sable Alley's location on a private reserve ensures that it delivers an exclusive and flexible safari experience.

Sable Alley Camp lies in the Khwai Concession within a 200,000 hectare private wildlife reserve bordering the Moremi Game Reserve. This large reserve is shared by only a handful of camps, all owned by the same operator so sightings are carefully managed and the safari experience remains exclusive.

Sable Alley Camp has stunning views overlooking a lagoon and further away over vast flood plains. Comprised of a beautifully designed main area with a lounge, bar, fire pit and swimming pool, the camp’s style is light and airy and offers plenty of space to hide away and enjoy some privacy. Social areas allow for guests to mingle with friends and other guests. Delicious meals are served privately.

The ten – twin and two- family tents are raised on wooden decks to provide incredible views over the floodplains. The décor is light and airy, with gentle tones in keeping with the natural surroundings. The rooms are well lit and thoughtfully designed, featuring large beds, an indoor and outdoor sitting area, a writing desk and en-suite bathroom boasting both indoor and outdoor showers. All tents are solar powered.

Game activitiesat Sable Alley Camp include both morning and afternoon game drives within the concession as well as along the Khwai River, traditional mokoro rides when water levels permit, and interpretive walking safaris. Night drives provide a glimpse into the lives of nocturnal species such as leopards, porcupines and honey badgers. The camp’s outfitter, Natural Selections operates innovative Khwai Skybeds overlooking a busy waterhole which can be combined with Sable Alley for a night under the stars. Boating is offered when water levels permit.

The Khwai private reserve in which Sable Alley Camp is located lies in the north east of the Okavango Delta. Khwai consists of 200,000 hectares of floodplains, winding channels, lily-lit lagoons and riverine forests. The Khwai River forms the main artery through the reserve’s varied landscapes and is a major source of attraction for its wildlife. These diverse habitats – wetlands, flood plains, riparian woodlands and mopane woodland support healthy populations of plains game as well as prolific predators. Elephants are found in abundance and there are sightings of the endangered sable antelope after which camp is named.

Large herds of plains game such as giraffe, antelope and zebra inhabit the floodplains and concentrations of predators are some of the best in the area: Leopard, Cheetah, Lion and even Wild Dog are known to frequent the area surrounding Sable Alley.

To the north east lies Chobe National Park and the Moremi Game Reserve bordering Khwai to the south. The concession is operated as a joint venture partnership with the Khwai Community Trust ensuring that local people benefit from tourism whilst at the same time protecting this sensitive environment.

Sable Alley offers good game viewing all year round. Botswana’s winter from June to October is dry and cooler (except in October, which is very hot), and this is the time of year that the Okavango Delta floods .As a result ,animals flock to the permanent water channels delivering some great game viewing for safari guests. It is now that water-based activities can be enjoyed at their best. Summer brings rain, returning migrant birds and the calving season for many animals. 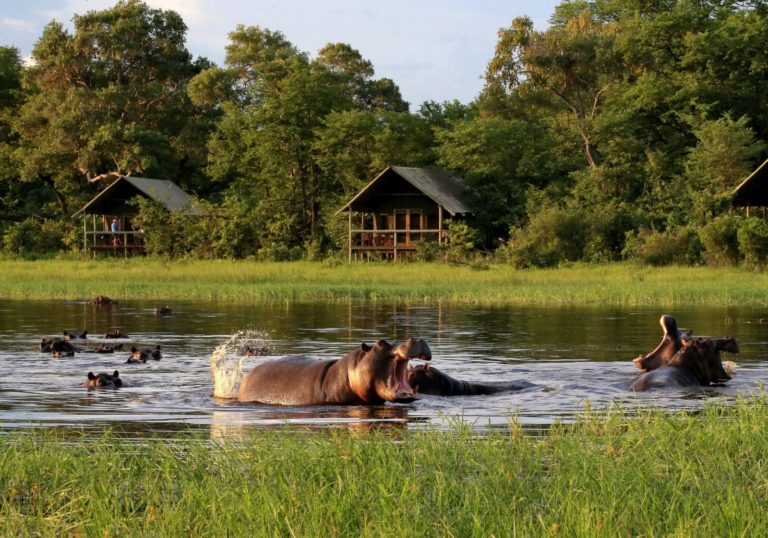 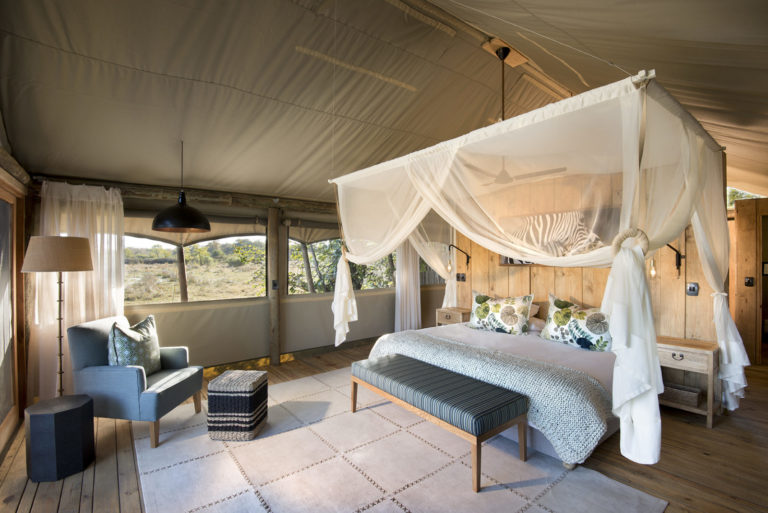 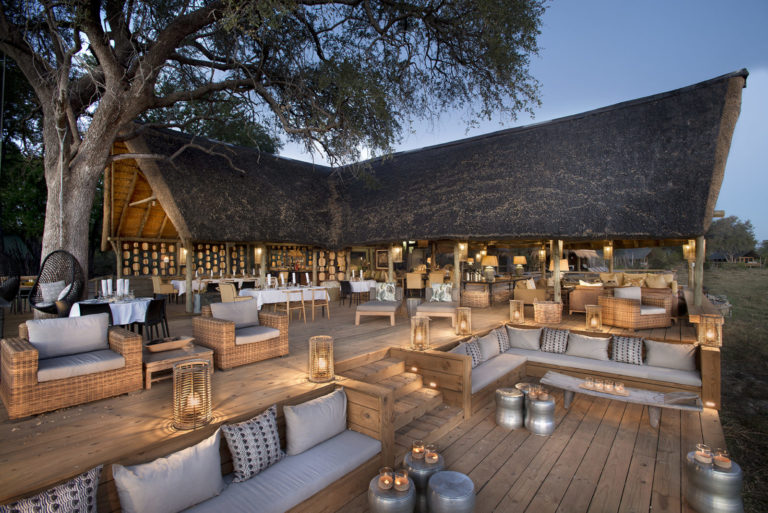 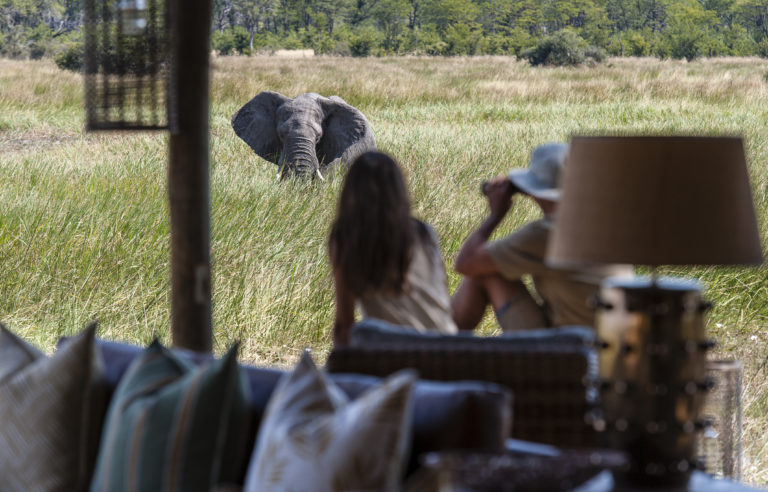 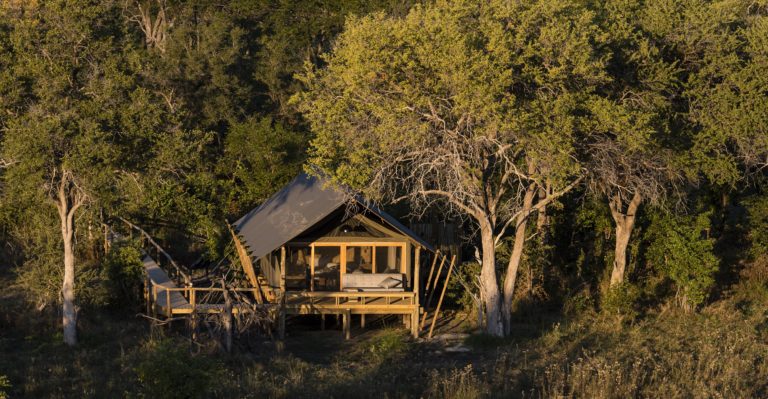 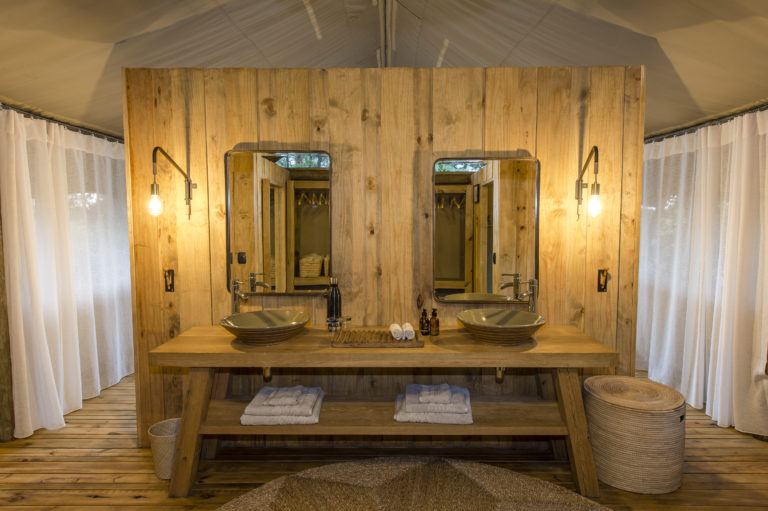 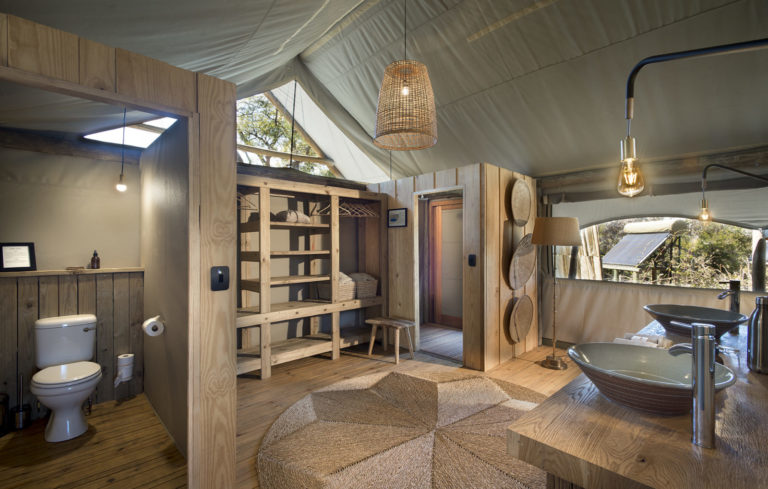 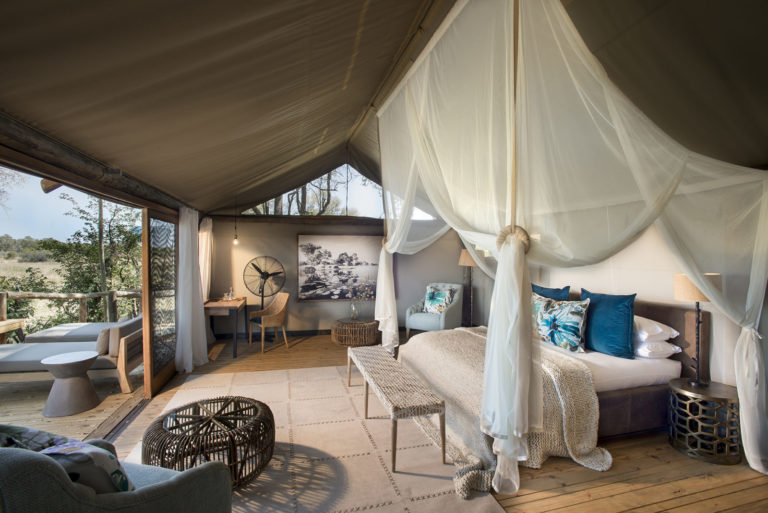 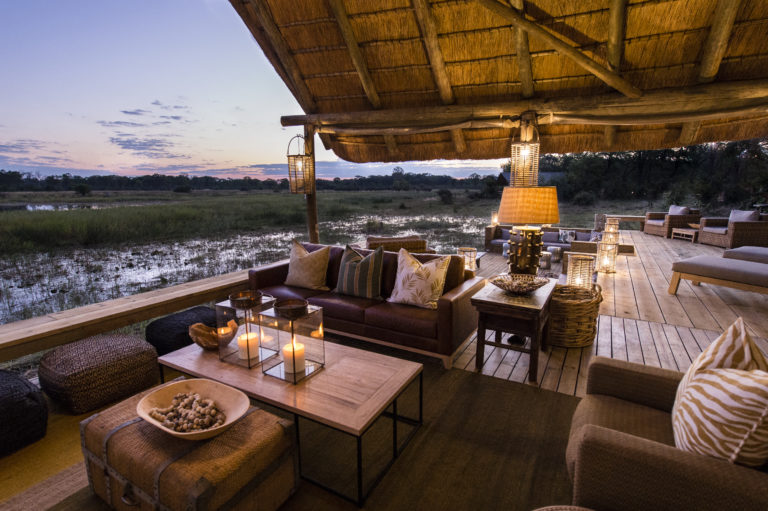 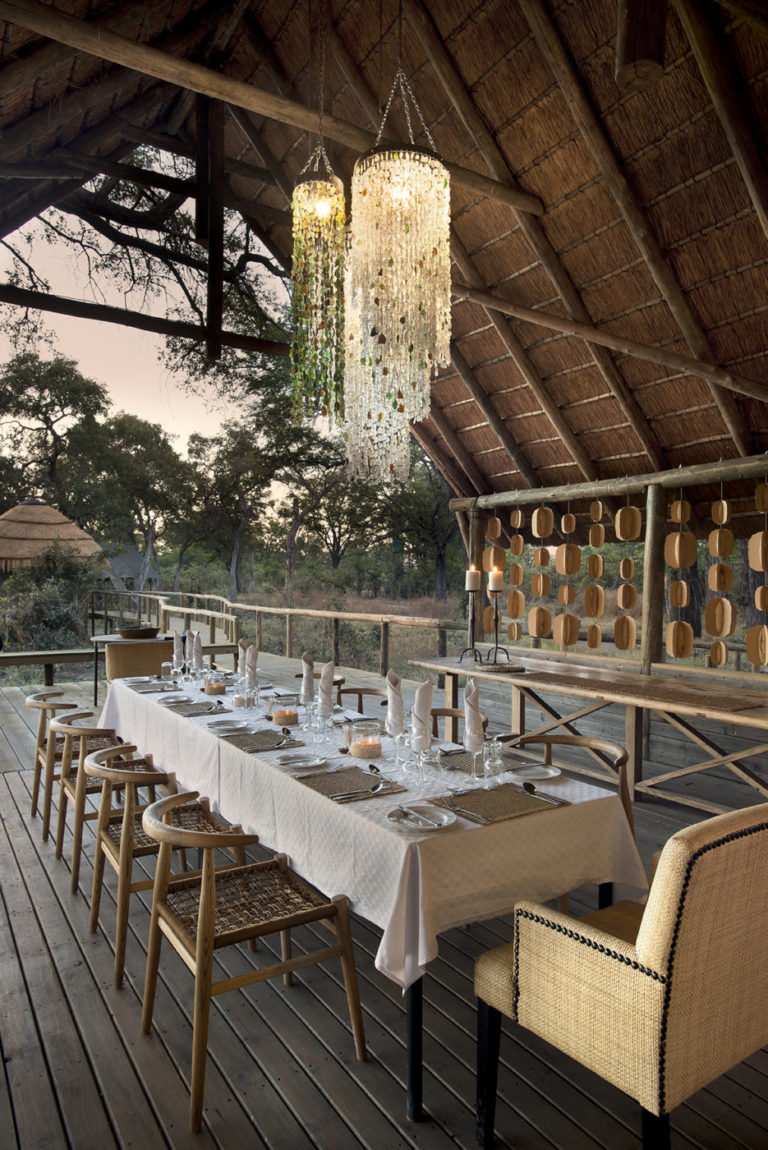 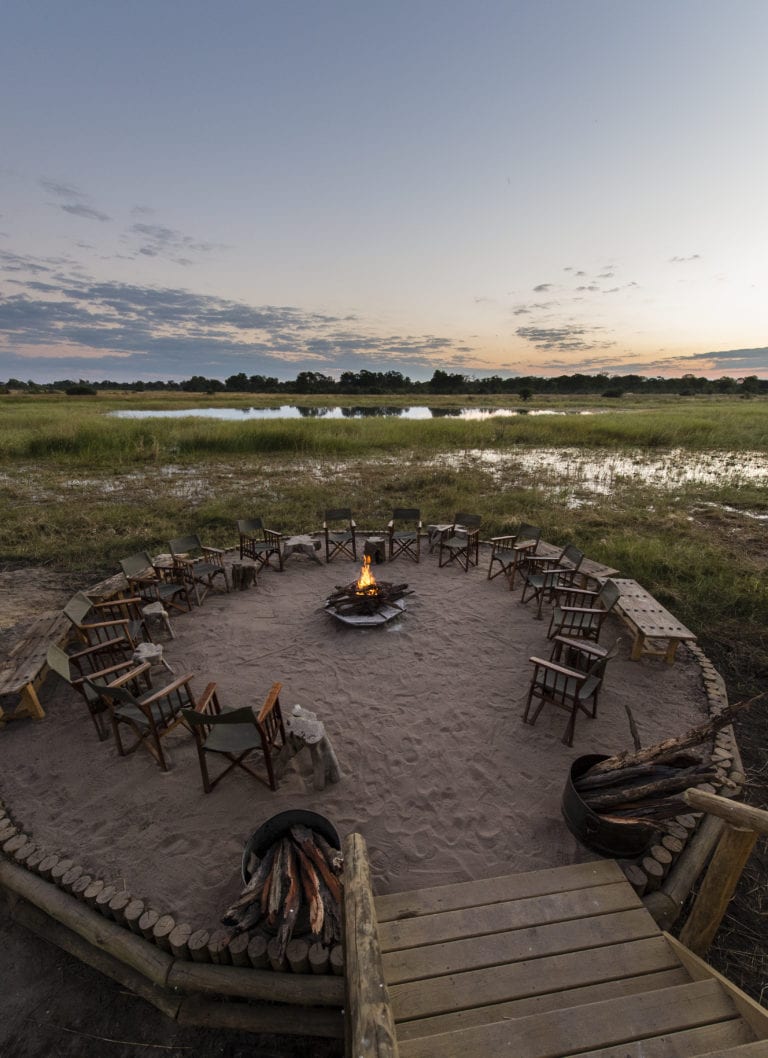 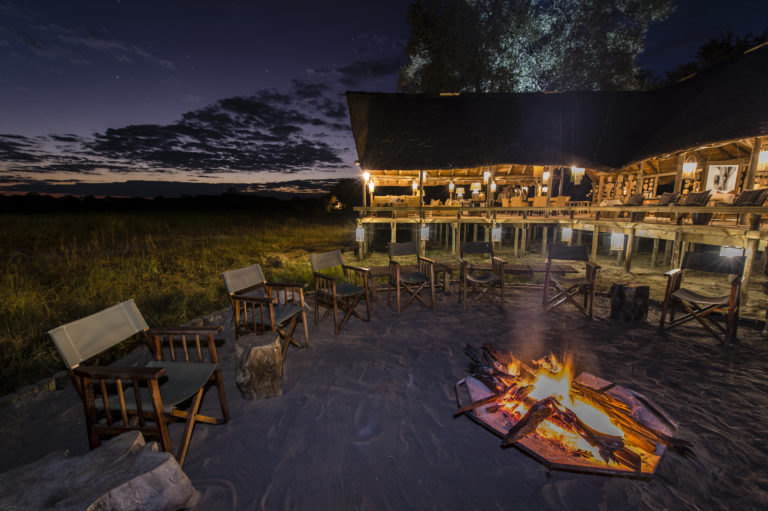 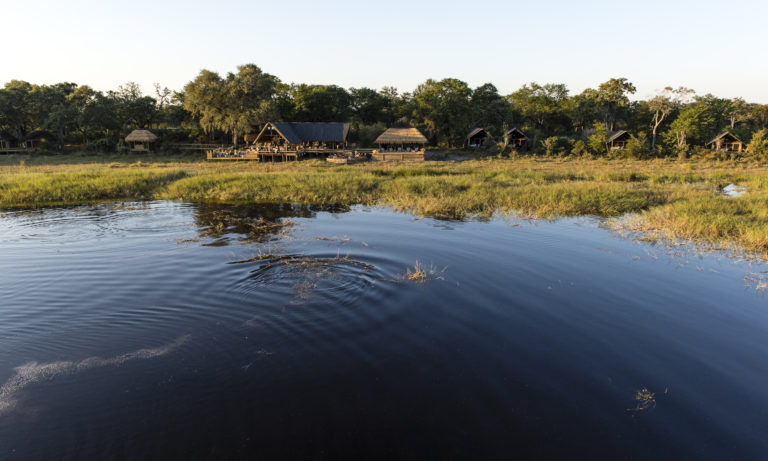 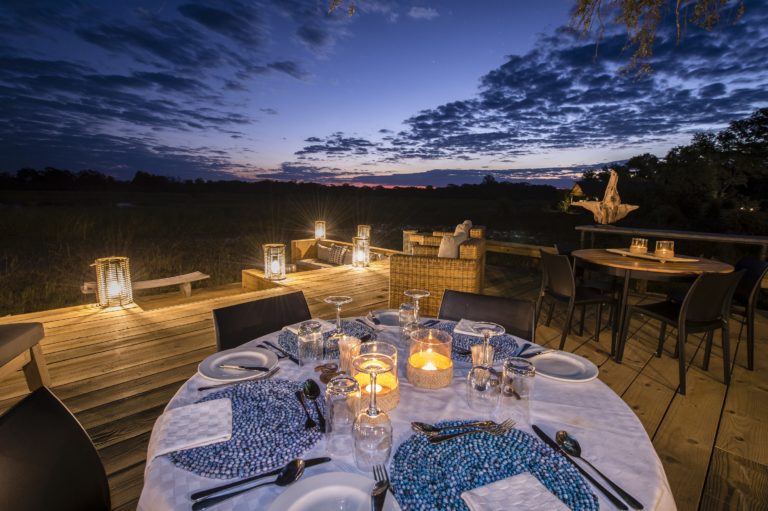 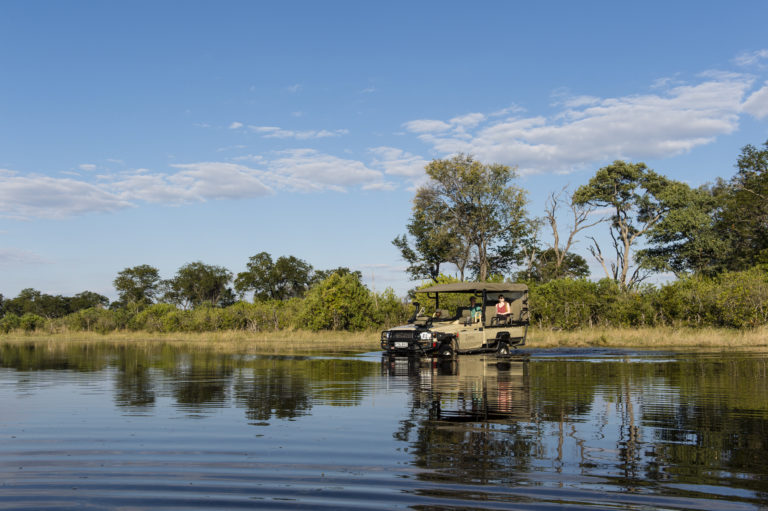 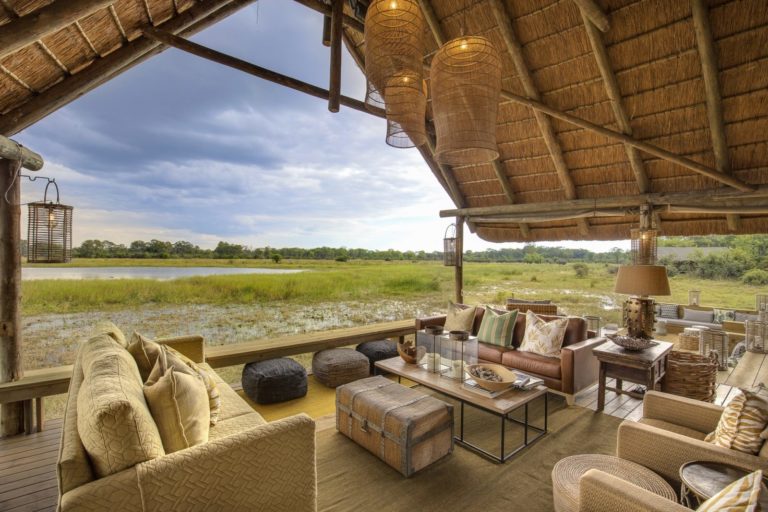 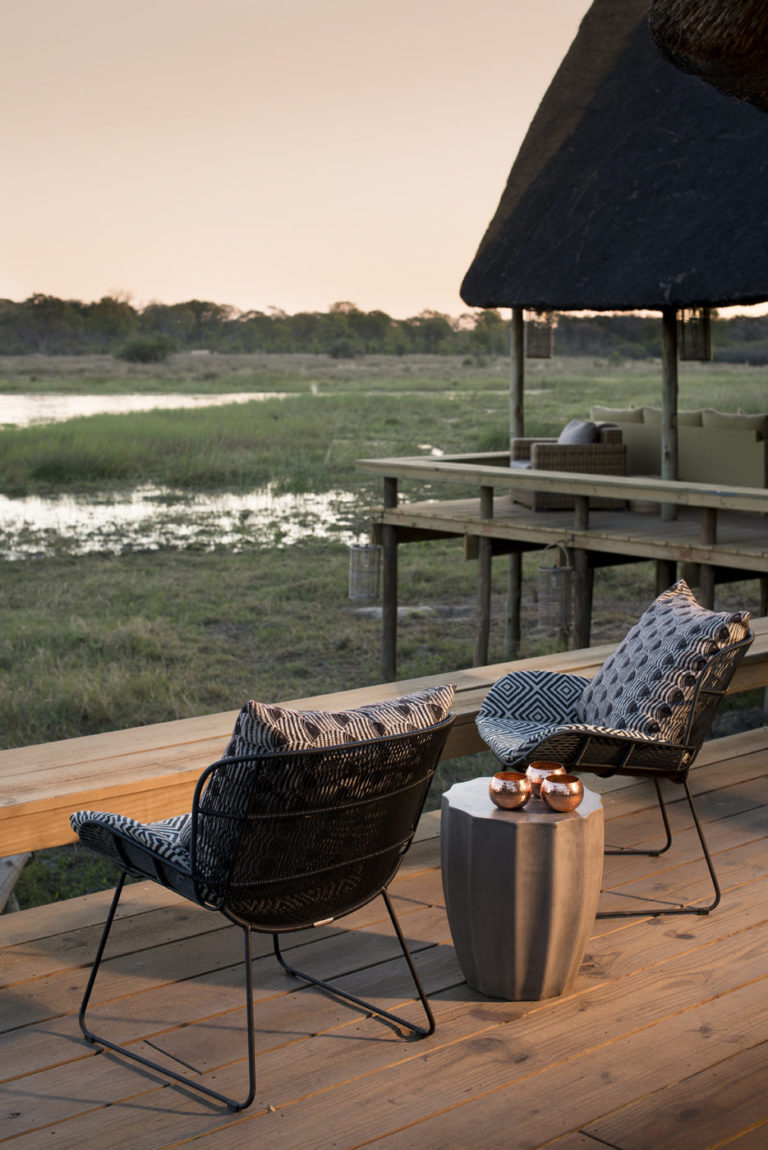 Sable Alley Camp On The Map

From $695 per person
Mapula and Sekwana Concession (NG 12)

Mapula Lodge has one of the most beautiful Okavango settings, overlooking a glistening and lively lagoon. A quirky and characterful camp, full of colourful kilims, tassled elephant lamps and velvet sofas, all under traditional thatch. Mapula is a camp of the legendary Bousfield family and has been spruced up since coming under the Natural Selection umbrella. The game viewing, like the landscape, is varied and interesting. A good value option in a game rich area.

Deep in the Khwai Private Reserve, Khwai Skybeds offers a thrilling and fun way of experiencing the African bush for a night under the stars. Three thoughtfully designed skybeds offer plenty of comfort, including a private bathroom below deck. Skybeds overlooks a busy waterhole which attracts wildlife from miles around. Memories of listening to the elephants drinking at night as you gaze at the stars from your bed will stay with you long after you leave.

Wonders of the Okavango