The Best Nature Documentaries on Botswana

Travel restrictions have confined many of us to armchair travel for the last year. Luckily there are some truly stunning nature documentaries out there which vividly transport the viewer beyond their four walls to the wilds of Botswana. From the watery wonderland of the Okavango Delta to the dramatic desert landscapes of the Kalahari there is an incredible range of documentaries exploring  Botswana out there.

Many travel plans were postponed due to the pandemic, these documentaries keep those dreams alive. And for those just starting their planning process, these films certainly whet the appetite and offer a fantastic introduction to a truly amazing country.

It is worth remembering that any list of the best nature documentaries on Botswana will very much depend on personal interest. Our selection aims to offers something for everyone, from geographical exploration to cultural and wildlife studies.

Into the Okavango is a powerful award winning documentary following scientist Dr Steve Boyes on a 1,500 mile expedition from the source of the Delta in the remote highlands of Angola to its end in the thirsty Kalahari sands. It is a stunning production and a very moving story as it highlights not only the beauty of this sanctuary but the threats it faces. The team work under gruelling and dangerous conditions, their passionate and colourful characters carrying us all through.

The project received record breaking funding from National Geographic Society to support its mission to learn more about this unique ecosystem. It’s results have changed our understanding of the catchment system, all the better to help efforts to preserve it. The team of scientists discovered 26 new species to science, 75 species potentially new to science and 130 new species previously unknown in Angola. Available on Nat Geo channels and Disney+ 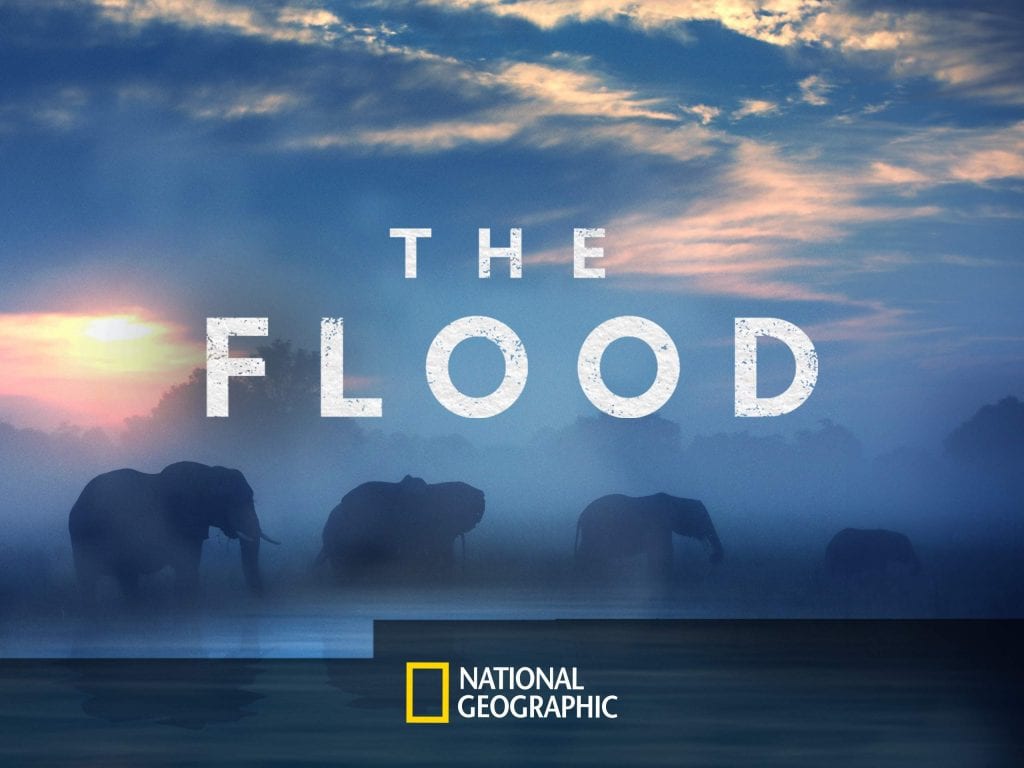 The film is brimming with beauty, the rich footage washing over you, transporting you to this wetland paradise. The film is a result of two years working shooting by Gran Bestelink, co-founder of Natural History Film Unit Botswana. It is available on Nat Geo channels and on Disney+ 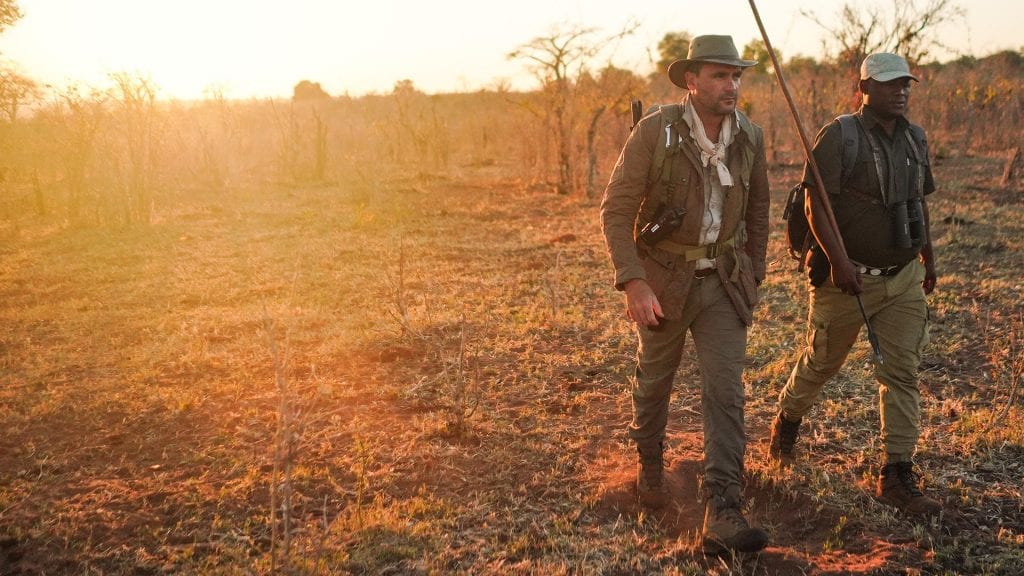 Explorer Levison Wood follows the 650 mile annual elephant migration on foot through northern Botswana with local safari guide, Kane Motswana. Over the course of three episodes we follow their journey in the footsteps of the elephants, from the Kalahari and Chobe to the lush Okavango Delta – where they head in search of water, food and breeding partners. Kane is an exceptional guide, a san bushman who grew up in the wild, and his tracking skills and understanding of the bush shine through the series. As does his passion for the wilderness. Their encounters with elephant, lion and other potentially dangerous animals make for exciting viewing. But it is the complex issues of conservation and human wildlife conflict which expedition highlights so well. Along the way they meet villages and farmers who live alongside elephants who share their experiences of living with Africa’s largest population of elephants. An excellent TV series offering a different perspective to many nature documentaries. Available on Channel 4 (in the UK), Amazon and Animal Planet. 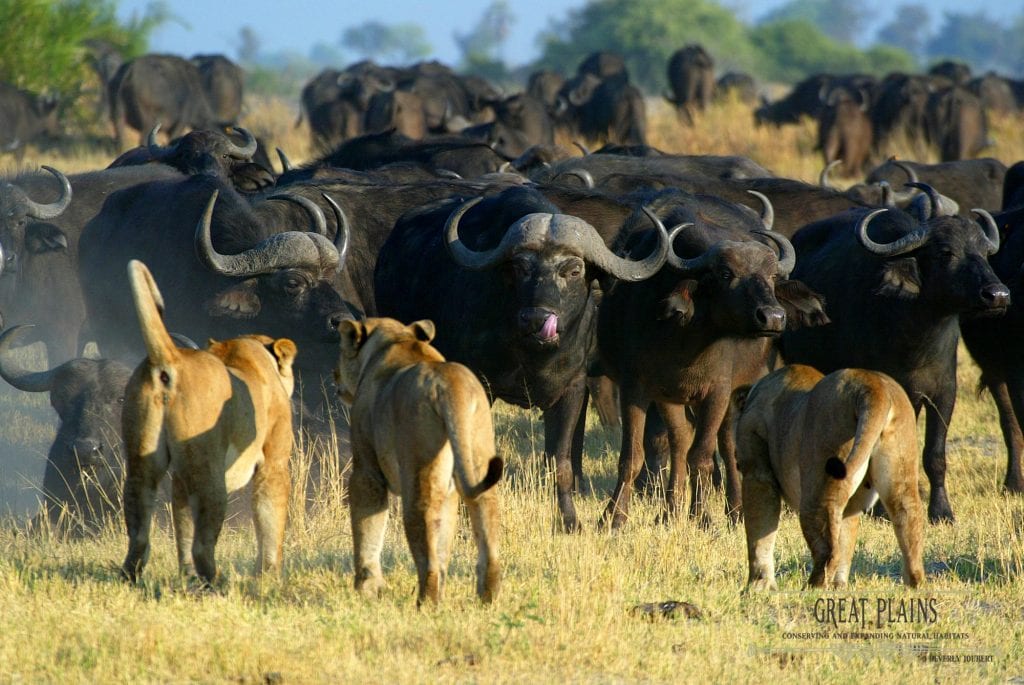 This powerful documentary will roar right through your soul and instantly transport you to rich wilds of the Okavango Delta. This is the story of a pride of lion isolated on an island in the Okavango Delta with a herd of buffalo. The struggles between them are gruelling and incredibly desperate and utterly captivating. Nat Geo filmmakers, Derek and Beverly Joubert, filmed this award winning documentary at Duba in the northern Okavango. They subsequently set up two camps in the area, offering visitors the chance to explore these rich landscapes so beautifully captured in their film.  It is available on Nat Geo channels and on Disney+ 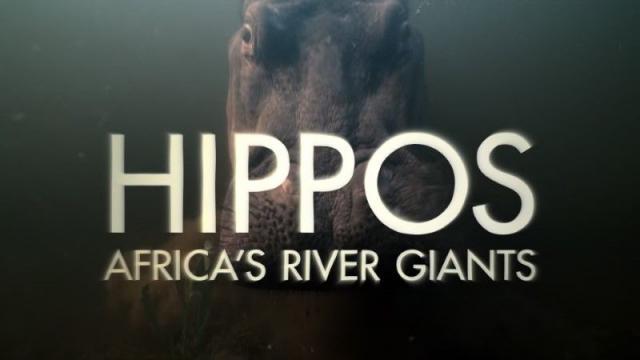 David Attenborough narrates this stunning documentary which features ground-breaking underwater footage of the hippo. Few have been brave enough to try and capture underwater footage of these rather cantankerous and dangerous animals. Brad Brestelink took on the challenge and the results are quite incredible. Through this amazing footage we see their life in the Okavango Delta as they do – from the deep flowing channels to challenges of a drought. Hippo are considered a key species of the Okavango delta – without them the Delta would be fundamentally different environment – thanks to the channels they create. In this documentary we delve deeper into their world and gain a better understanding of this extraordinary and important animal. Available on BBC and PBC Nature channel. 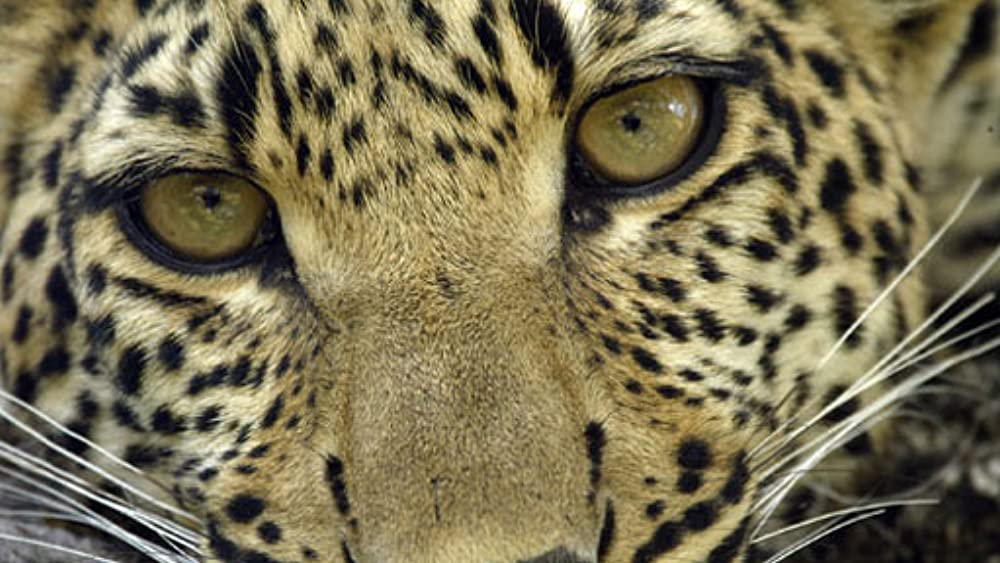 Eye of the Leopard

This astonishing film follows the life of a young leopard cub, Legadema, for 3 years from just 8 days old to the cusp of adulthood. The film is narrated by Jeremy Irons and has a strong sense of drama as we follow the challenges in Legadema’s young life through these formative years of hunting and survival. We watch as Legadema and her mother fight off baboons, escape prowling hyena and marauding lion in their constant fight for survival that is the African bushveld. This National Geographic documentary is set on Chief’s Island, the largest island in the Okavango Delta- in the game rich Mombo region.  It beautifully showcases one of the most beautiful and exciting wildlife areas of the Okavango.  Available on Nat geo TV. 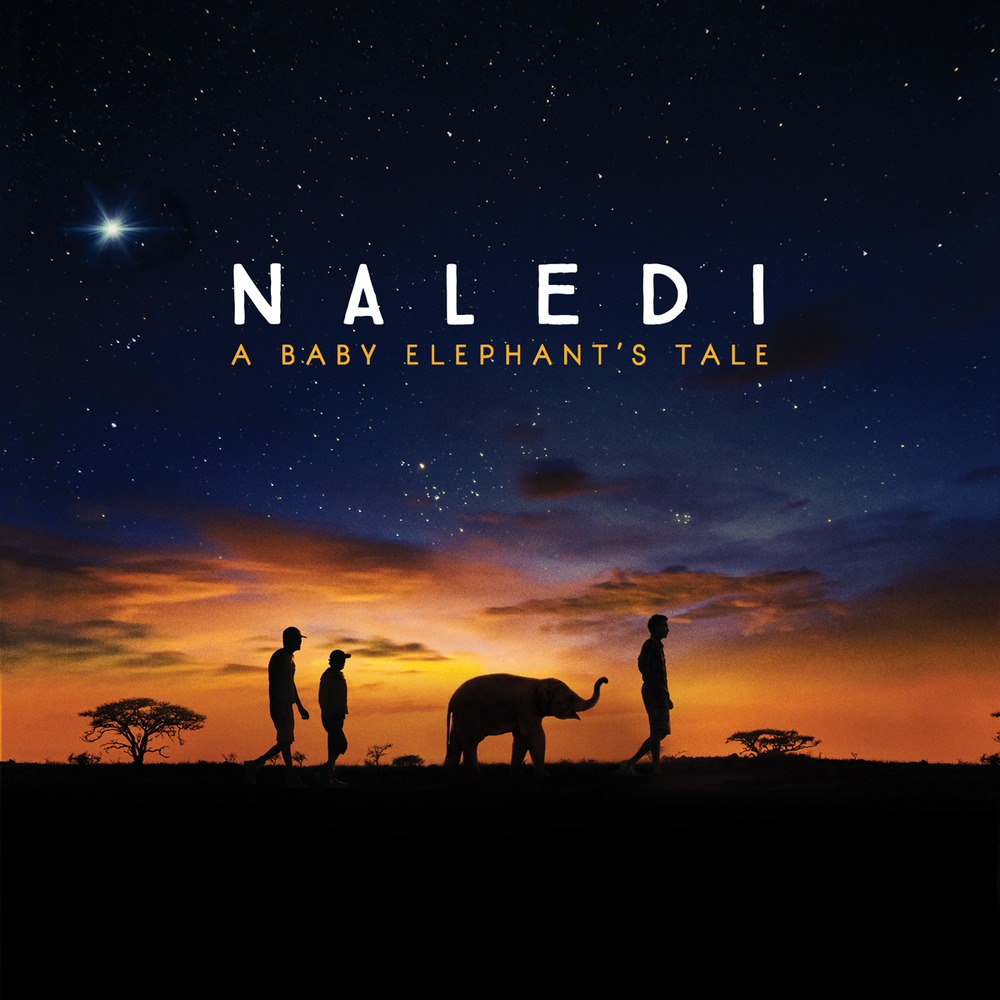 Naledi means ‘star’ in Setswana, and this little elephant is just that – she shines through this heart-warming documentary which tells the true life story of her difficult early life. Naledi is born in an elephant orphanage in the Okavango Delta, but after just 6 weeks her mother dies and it is left to the dedication and love of her carers to ensure her survival. The carers and scientists come together as a team of passionate surrogate mothers, working tirelessly to ensure Naledi survives. The film is set at Abu Camp which provides a sanctuary for orphaned elephants and those that come from troubled environments – where they are cared for, studied and where possible, eventually rehabilitated back into the wild. Available to watch on Netflix. 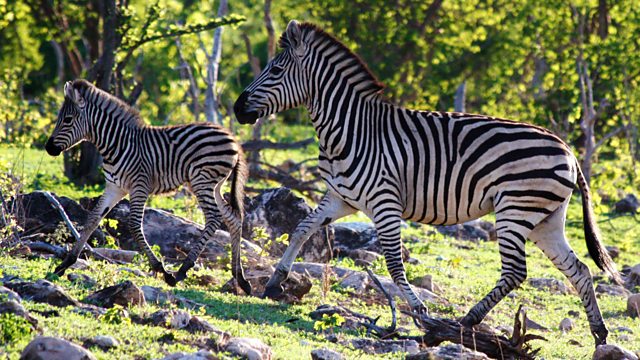 Everyone knows about the Great Migration of East Africa. But few know that Botswana is home to the longest terrestrial migration in Africa. With up to 30,000 zebra descending on the Kalahari salt pans this is truly one of the most dazzling spectacles of the natural world. And we are only just beginning to learn more about this natural phenomenon. This BBC production captures the first ever scientific expedition tracking the zebra on the ground, from the Chobe National Park to Nxai Pan National Park, a 1,000 km round trip. Available on BBC. 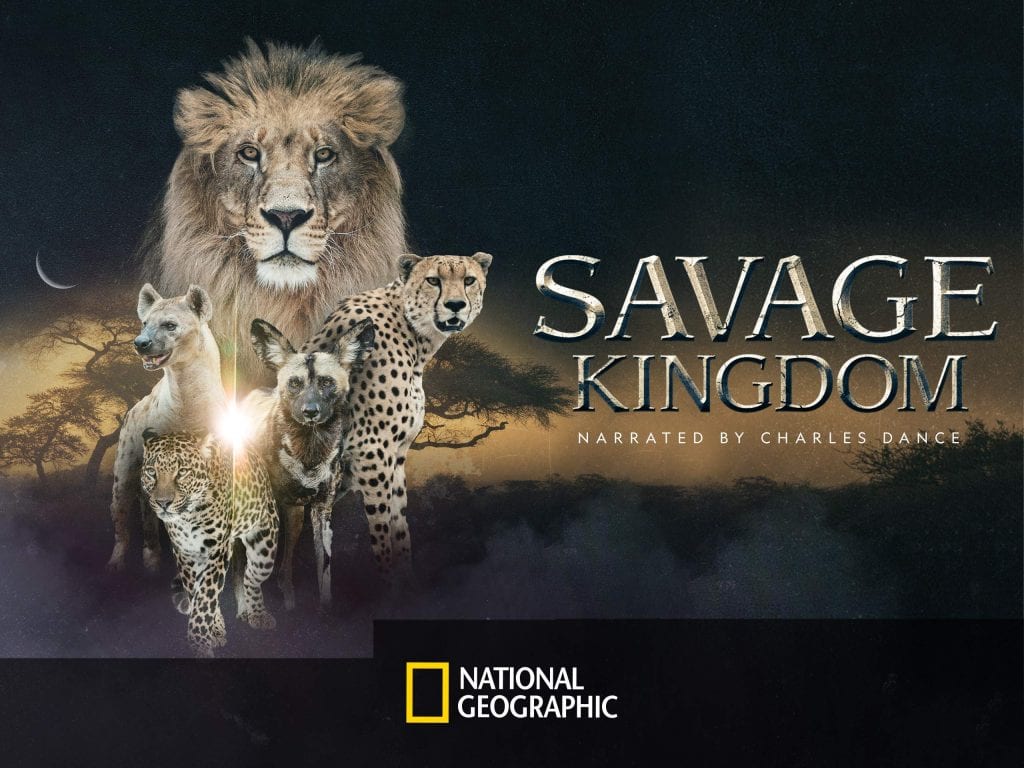 Savage Kingdom is a riveting series which portrays a tale as old as time- survival of the fittest. Through spell binding footage captured in Savute, the harsh southern reaches of Chobe, we follow the daily challenges of Africa’s greatest predators – lion, leopard, hyena, cheetah and wild dog. The footage is just as impressive as you would expect from National Geographic. The drama is utterly enthralling and very moving – a lot of human emotion is portrayed on these predators with expert skill from narrator Charles Dance. While many will not agree with the human emotions ascribed to these animals, the result is certainly riveting.   This TV series proved so popular a second series was produced, a total of 8 episodes – available on Nat Geo TV, Amazon and Sky. 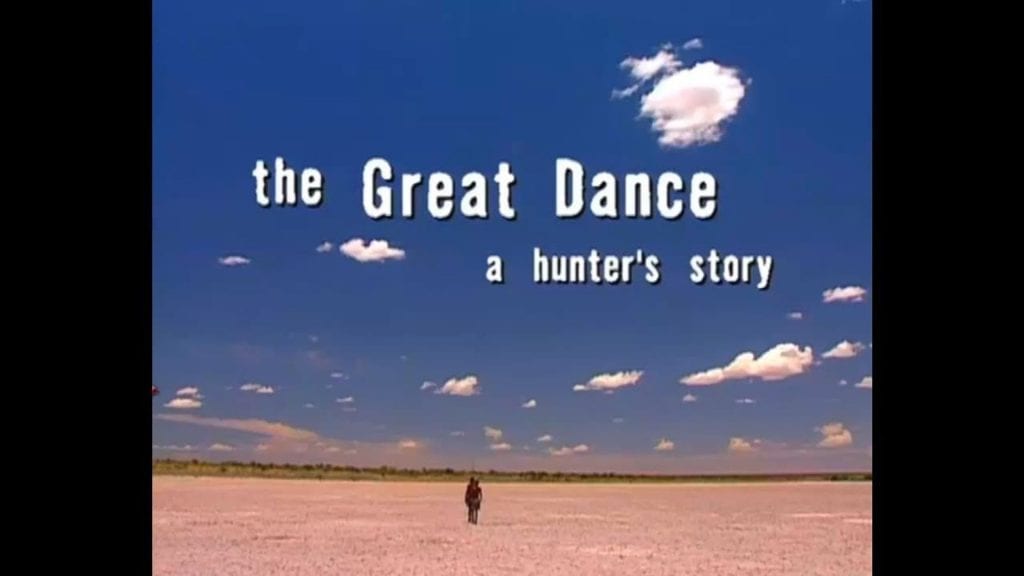 The Great Dance: A Hunter’s Story

A decade before his Oscar winning documentary ‘My Octopus Teacher’ Craig Foster made The Great Dance: A Hunter’s Story. This captivating film tells the story of three San Bushman hunters living in the harsh desert wilderness of the Kalahari. We are invited to view the world through their eyes, in their own words. It is a world in which they are deeply connected to their natural environment, where every aspect of this wilderness tells a story – one which they must understand for their survival. It offers a fascinating insight into the ancient survival skills of the San and the strong spiritual connection between the hunter and his prey. In showing their deep relationship with nature it highlights the sad decline of our own lost connection to the natural world in many of our lives.

Sleep under the stars - the best sleep-outs and star beds in Botswana
Travel Advice: Covid testing at Johannesburg Airport