What is a Botswana mobile safari?

Okavango Delta / News / What is a Botswana mobile safari?

It’s all in the name! A mobile safari in Botswana is the original safari, a journey of discovery between a variety of different locations with your camp moving with you every few days. The word ‘safari’ is Swahili, from East Africa with Arabic origins, meaning journey, so a mobile safari really captures the true spirit of safari in that sense. The levels of luxury, style and experience will vary between the different mobile operators but the essence remains. Mobile safaris offer an authentic and adventurous safari experience, a closer connection to nature in lightweight camps which move every few days.

Why go on a mobile safari?

For the most authentic safari experience, a true adventure. A private mobile safari in Botswana offers you a completely exclusive experience, with your own private camp, safari guide and staff – especially good for families who set their own routines and are not restricted by age limits. Others may choose to do a mobile safari as the most affordable safari option for them – joining a set group departure. 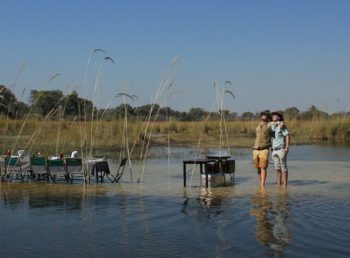 A mobile safari offers a wonderful sense of continuity, the same professional safari guide and camp staff will escort you on your safari. A marked difference to the traditional safari itinerary which means a different guide in each camp.

Before camps were built as permanent structures, as most are now, where daily safari activities take place from one established base, the original safari goers would use light mobile safari camps to explore the African wilderness.

Many of the operators of the most famous camps such as Mombo and Vumbura began as mobile safari outfits. In time, as the safaris became more elaborate and luxurious, the list of paraphernalia longer and the operational and logistical requirements more complex, permanent camps were set up. Most mobile outfits eventually became permanent. 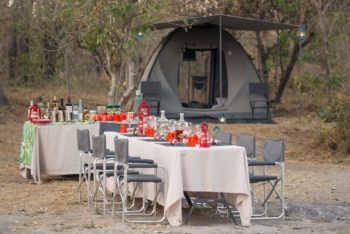 The interest in mobile safaris in Botswana remained, and always will while there are adventurous travellers looking  to immerse themselves in nature in a way a permanent camp simply cannot do. Sleeping in simple (but comfortable) canvas tents in the middle of the African bush is truly unique. The sounds of the bushveld are somehow heightened by the knowledge but there is only a thin canvas between you and the wilderness – perhaps not for everyone but definitely appealing to many. A mobile safari in Botswana is sure to leave you with incredible and unique memories for life. 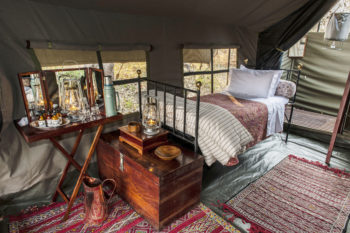 Safaris in Botswana vary greatly between the different outfits. Some are extremely luxurious, with walk-in Meru style tents, en-suite bathrooms and beds with proper mattresses, smart linen and good lighting. Silver service and fine dining are also frequently offered by the top mobile safaris who also set up elegant mess tent areas for relaxing between activities. The camps are often styled on the elegant and rather romantic safaris of old, with Persian rugs, bronze lanterns and other stylish touches. The smart mobile camps are often priced at the same rates as many good lodges but are chosen by those looking for a more authentic experience as well as the privacy of their own safari camp – offering complete flexibility to your safari days. 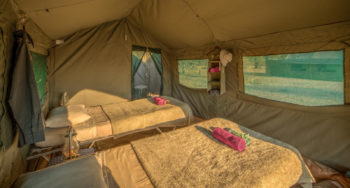 Other mobile safaris are more basic, and more affordable too. And this makes mobiles an attractive choice for many who may find the rates at the Botswana camps and lodges prohibitive. Mobiles offer access to a wonderful wilderness they may not otherwise have the chance to visit. 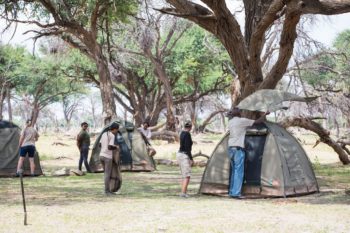 The most basic mobile camps will offer very simple dome tents and shared ablutions, and some may ask travellers to set up their own tents, known as ‘semi-participation’ safaris. This, and carrying your own bag from the truck, is the only camp ‘chore’ and all other camp duties are performed by the team.

The most affordable mobile safaris will be set group departures, sharing your safari with other travellers, usually in groups of 6-12. These safaris offer fantastic value for experiencing the best of northern Botswana with a well qualified guide and team. The difference in the group size is reflected in the price. For example Letaka Safaris operate small group tours with up to 7 per group with tours starting from $2,610 while Bush Ways Safaris have up to 12 guests on their tours and tours starts at $1,500 per person.

How much do mobile safaris cost?

How much a mobile safari costs will vary considerable between the mobile operator. Private mobiles are more expensive than a group mobile on a schedule departure tour, and the costs of a private mobile will depend on the number of people travelling. The level of luxury will also influence the rate, with various categories being offered from the most basic to the most luxurious. This may mean the difference between a smaller dome tent and shared ablutions or a private walk-in tent with plenty of added comforts and an en-suite bathroom. The most affordable mobile safaris start around $2,300 per person for 14 nights on a group tour. While a private mobile safari will start around $1,000 per person per night.

Where do mobile safaris go? 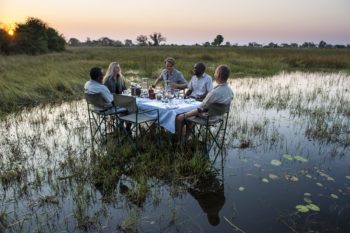 It should be noted that while in the National Parks and Moremi Game Reserve safaris are under park rules, which do not allow off-roading or night drives. However the community areas are more flexible and will allow these activities, so most mobiles will always try to incorporate a stop in these areas too. The parks are busier than the concessions, so travellers should expect to see other visitors- from camps, mobile safaris and self-drivers. 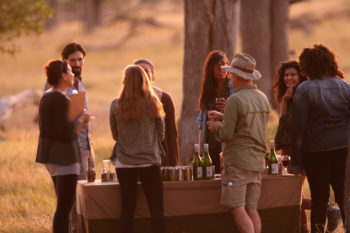