Jao Camp is a flagship Wilderness Premier Camp and is one of the Delta’s most luxurious camps. Set on the Jao concession in the north western Okavango, the camp is surrounded by some of the most beautiful scenery to be found anywhere in this pristine wilderness. Completely rebuilt in 2019, Jao returns as one of the most opulent camps in the Okavango with five suites and two villas. Each villas comes with its own private vehicle, guide, chef and butler.

The tents at Jao Camp are designed in an open plan style so as to blend with the environment. Each tent consists of a lounge and main bedroom with a dressing area and en-suite facilities including open air showers; the latter enable guests to feel part of the pristine wilderness in safety and luxury. In addition each tent has a raised sala (open pavilion) with magnificent views overlooking the nearby channel where guests can contemplate the extraordinary surroundings in solitude.

The central camp is comprised of a lounge and dining area housed in an elaborate two-storied building with two plunge pools, a curio shop, a small library and also a boma for outdoor dining at night under the African stars. The spa at Jao Camp provides a wide range of massage therapies. The gym is equipped with a cross trainer, rowing machine, stationary bike, yoga mats, exercise ball and free weights and guests can look out over the unspoilt waters of the Okavango Delta whilst using the gym facilities.

Jao Camp has created a raised hide twenty minutes from camp: this provides a great vantage point from which to watch wildlife coming and going undisturbed. The hide can be used for sleep-outs for a maximum of four people and is equipped with a long-drop toilet.

Jao Camp also features an entertainment room which is suitable for private dining, children’s entertainment, watching wildlife documentaries and conducting lectures: this is a well received and unusual addition to an Okavango Delta camp.

The situation of Jao Camp in the Jao Concession means the camp benefits from being both hidden amongst waterways and lagoons and also close to the Kalahari woodlands. This results in excellent game viewing from the Camp. Numbers of red lechwe are found on the grasslands of the concession and these large herds attract lions as their primary predator. Other game commonly seen includes leopard, elephant, buffalo and zebra on land and hippopotamus and crocodiles in the water. Less frequent sightings include sitatunga and spotted-necked otter.

Birding is good throughout the concession, but particularly near the water and resident species such as Mayer’s parrot, black crake, coppery-tailed coucal and African harrier are frequently seen.

Activities at Jao Camp include safaris both on land and water, depending on the time of year. Due to the fact that the Jao Concession is a private concession, Jao Camp is able to offer both day and night game drives.

The game rich Hunda Island, which is reached via a 45 minute boat ride, provides an excellent location for all-day game drives which will include a picnic lunch. The water activities on offer at Jao Camp include safaris in power boats; you might also experience the calm silence of being paddled along a channel in a mokoro by an experienced guide. 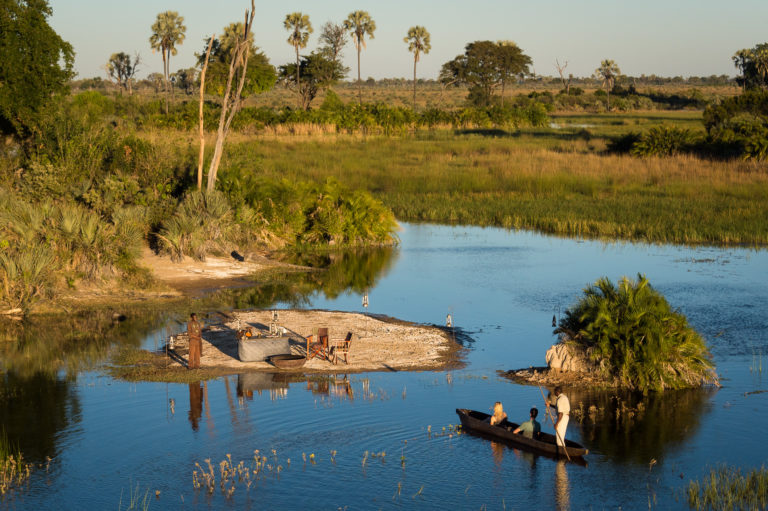 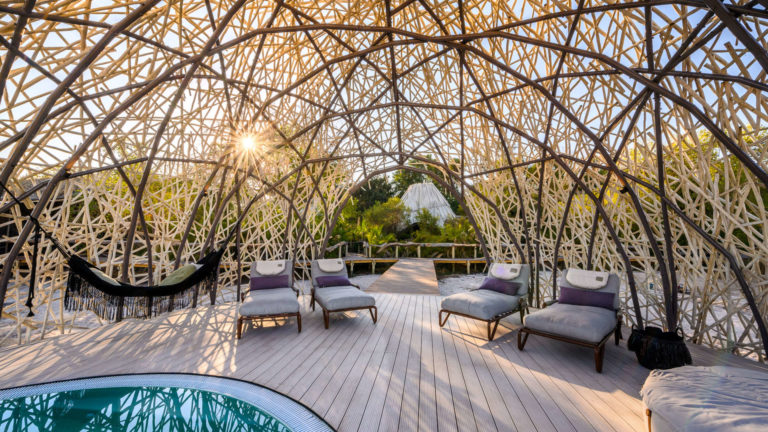 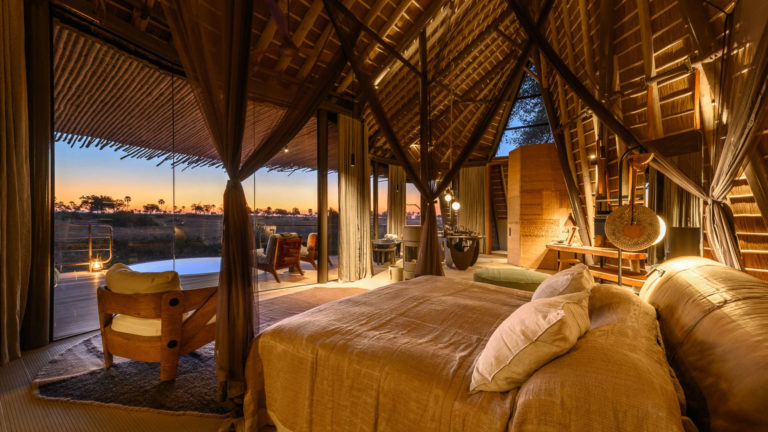 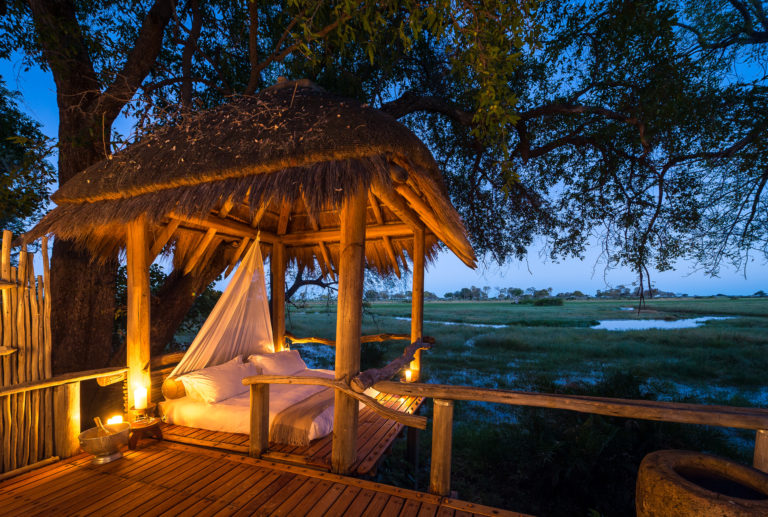 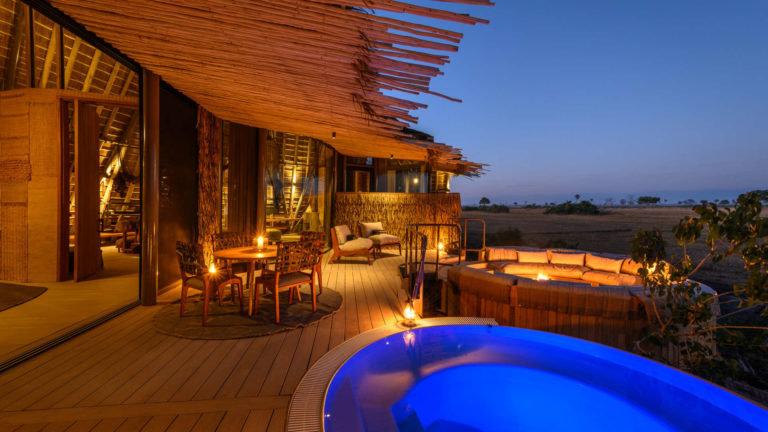 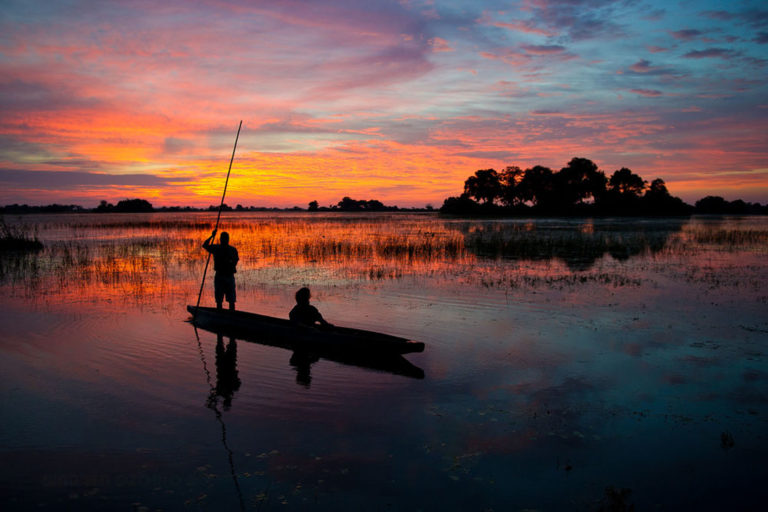 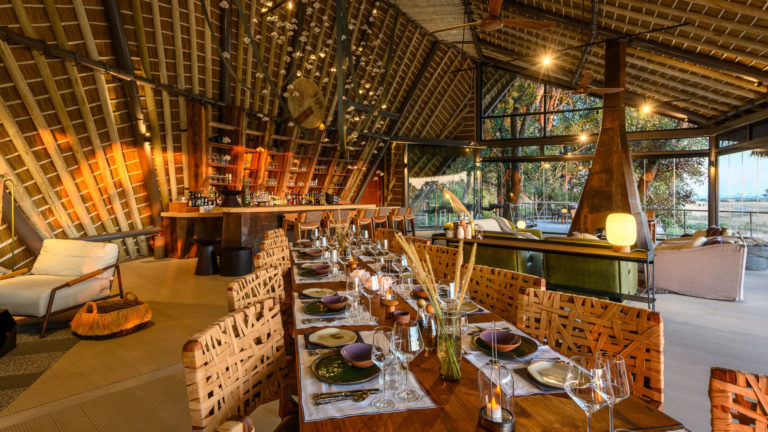 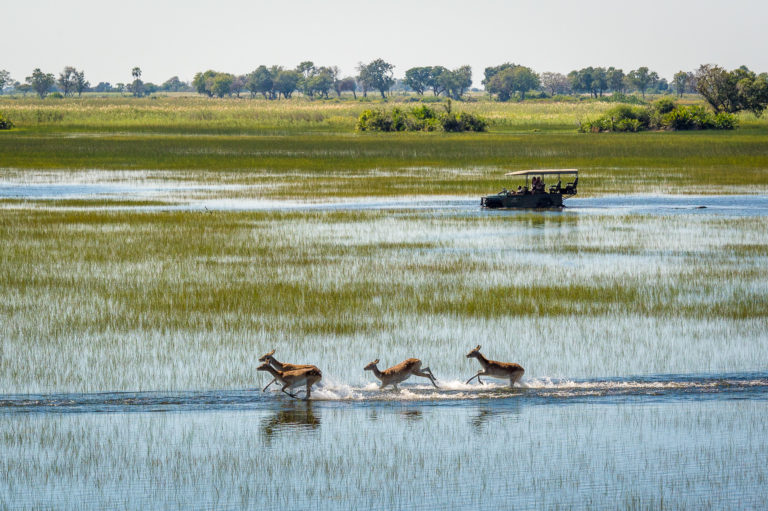 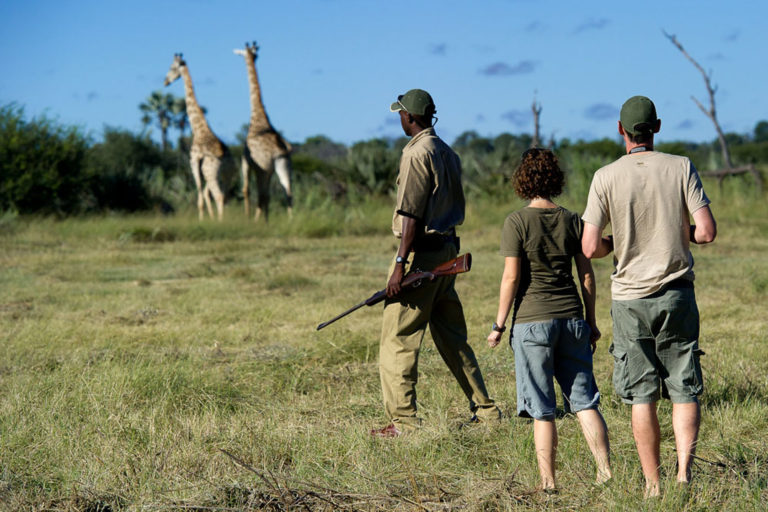 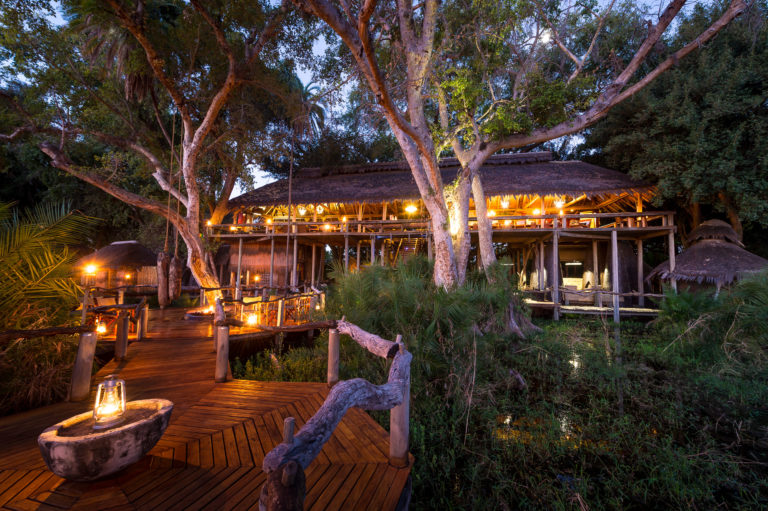 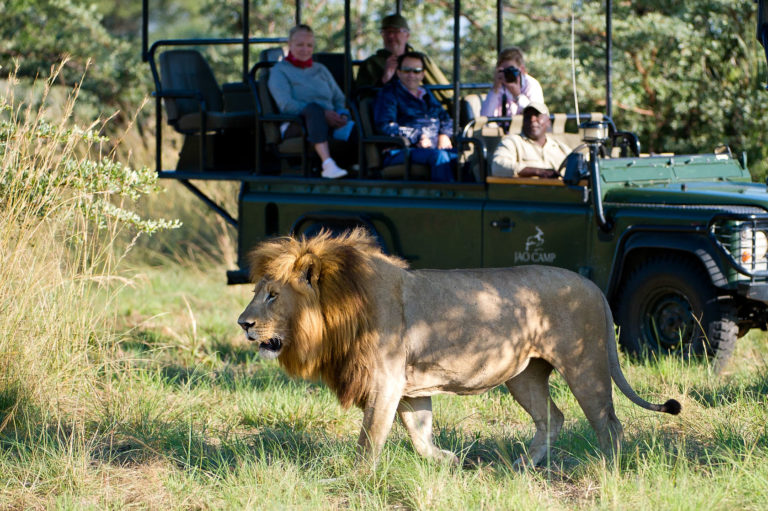 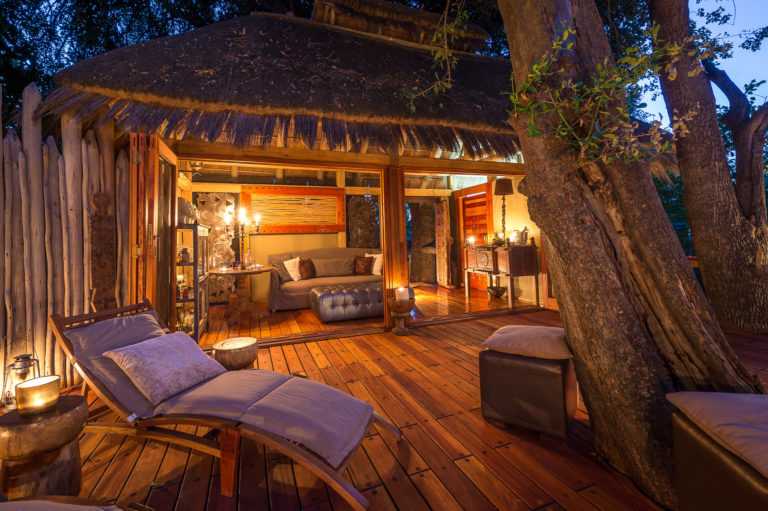 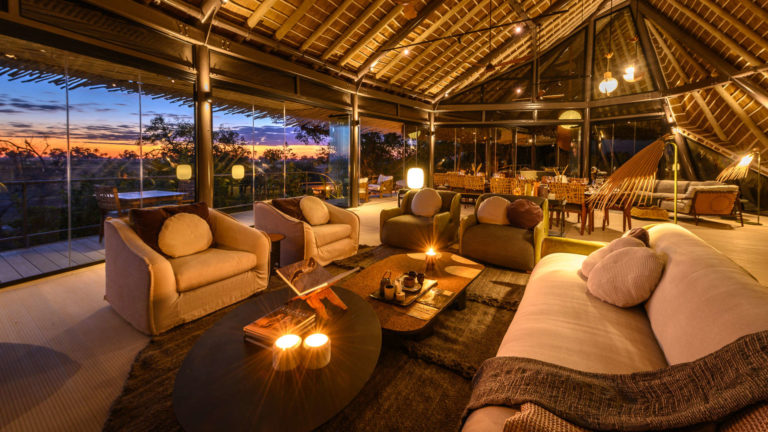 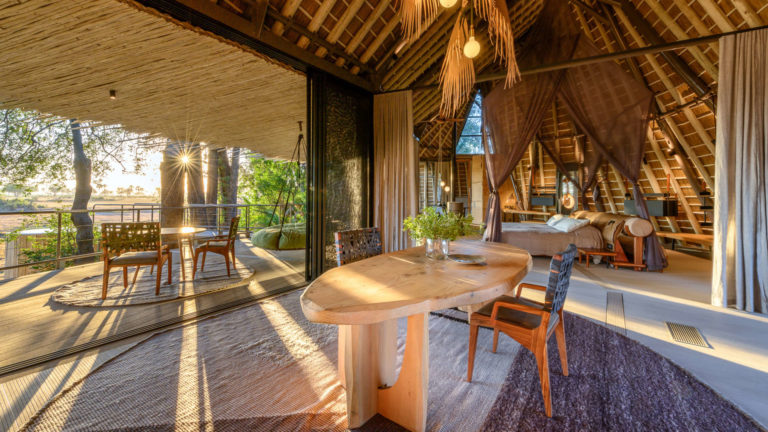 Jao Camp On The Map

Vumbura Plains Camp is premier Okavango camp with a stylish contemporary design. The 14 luxurious stilted rooms are divided into two camps and connected by wooden walkways. Panoramic views of the floodplains from the expansive lounge area are breath-taking. An exciting array of wildlife sightings emphasises the variety and density of the animal species here. High levels of service, delicious meals and deluxe surroundings provide guests with safari experiences guaranteed to leave lasting memories

The iconic Abu Camp is synonymous with the African elephant and one of Botswana's most luxurious camps. Abu Camp lies on a private concession in one of the most beautiful corners of the Okavango, with quintessential delta backdrops and good game viewing. With just six luxury suites, each with a private pool, this is an intimate camp.